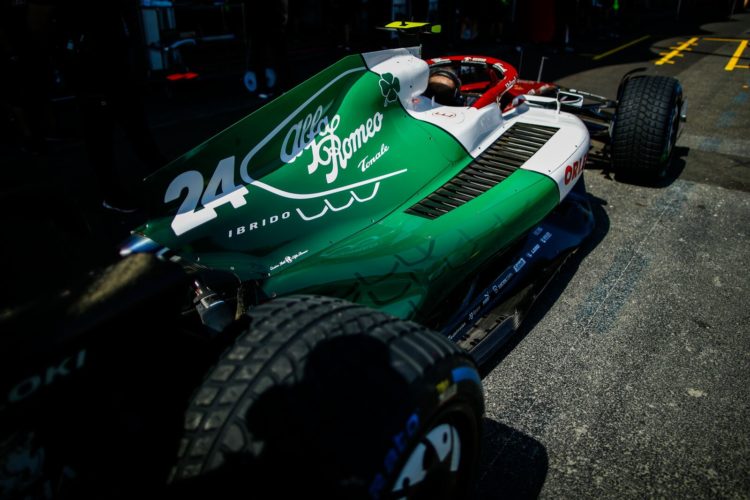 The squad has run a predominantly red and white livery since aligning with Sauber Motorsport in 2018 but the rear of the car has been painted green for the Baku race weekend.

The colour, officially known as Montreal Green, has been adopted in order to celebrate the launch of Alfa Romeo’s new Tonale road car.

The scheme will be sported on the C42s of Valtteri Bottas and Zhou Guanyu around the streets of Baku this weekend.

Alfa Romeo enters the eighth round of the season in fifth place in the Constructors’ Championship, a point ahead of Alpine.