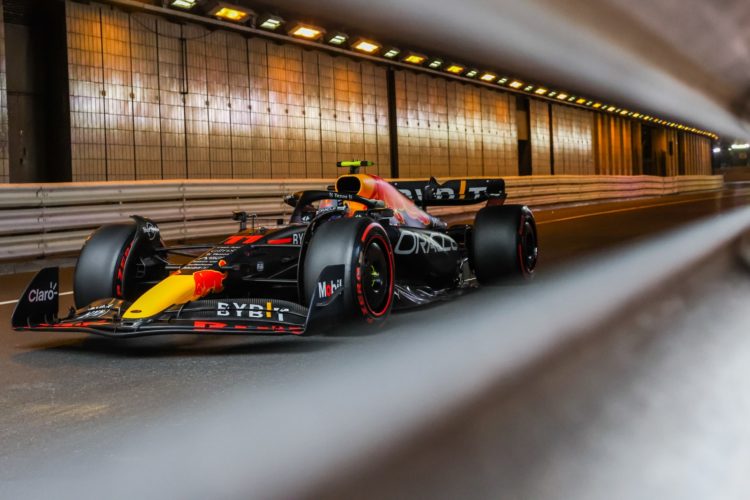 Sergio Perez says having his Formula 1 future resolved will allow him to completely focus on his on-track performance.

Perez joined Red Bull on a one-year deal in 2021, after a lengthy stint with Force India/Racing Point, and was retained on a single-year extension for 2022.

Red Bull confirmed last week that Perez will continue to drive for the team through 2024 after penning a two-year extension to his existing deal.

The renewal came shortly after Perez claimed his first victory of the season, and third of his career, at the Monaco Grand Prix.

“Having my future decided allows me to stay 100 percent focused on the main goal of winning races and world titles,” Perez said.

“It’s amazing how hard work always pays; two years ago I was without a seat in F1 and today I’m in the best team. I can only say that I am happy and very grateful for the opportunity.

“Today I think I am in the best moment of my career and driving for a team that always seeks perfection, which is the perfect match for me and for any driver.”

Perez holds third in the standings, 15 points behind team-mate Max Verstappen, ahead of this weekend’s Azerbaijan Grand Prix.

Perez last year secured his first win with Red Bull – and only victory of 2021 – during a chaotic conclusion to the race in Azerbaijan.

The Mexican previously claimed podium finishes in Azerbaijan when driving for Force India, in 2016 and 2018.

“We must put the emotion aside and focus on the next race,” said Perez. “The championship fight is really tight, so we need to be totally focused.

“I like street circuits because it is where the driver can really make the difference, of course it is easier to make a mistake when you’re trying to go on the limit.

“At the end of the day that is what gives you the tenths you need to be competitive.”