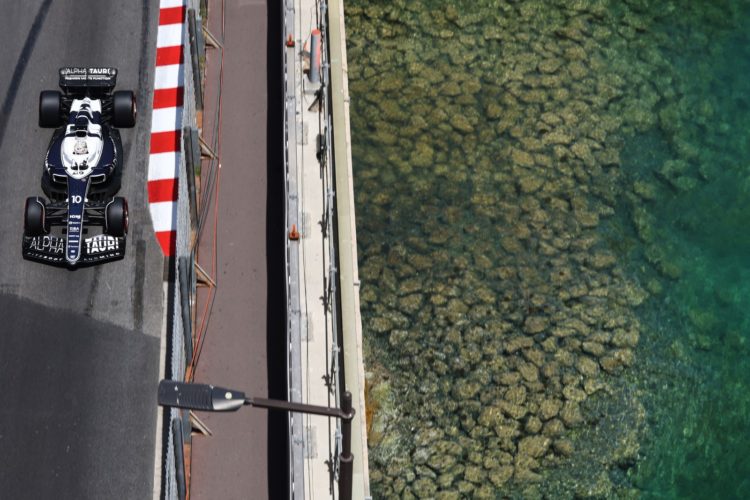 Pierre Gasly believes AlphaTauri’s AT03 should be suited to this weekend’s Azerbaijan Grand Prix as the team strives to bounce back from a difficult run of form.

AlphaTauri holds a low-key seventh in the standings, with only 17 points, having scored just a solitary point across the last three grands prix.

Gasly, who has not scored a point since the Australian Grand Prix in April, demonstrated strong pace during practice in Monaco but was eliminated in Q1 after being caught out by the red flag caused by team-mate Yuki Tsunoda.

“As a team we know we have work to do to perform at the highest level in the coming races,” said Gasly.

“We know the performance level is there, so we are going to keep pushing even if we have lacked success so far.

“There are signs that we still have plenty of chances to do something good, maybe starting this weekend in Baku.”

Gasly last year scored a surprise podium in Azerbaijan, classifying third, and is optimistic of a strong display this weekend.

“I have a good feeling about this race, as the Baku track is made up of nothing but slow corners and we know that, so far this year, we seem to struggle more in high speed turns,” he said. “So, I think the layout could potentially suit us.

“We mustn’t forget there’s that long main straight, so we will have to see how we deal with that.

“But overall, I’m reasonably optimistic we can perform well there. Last year we did really well here, as I finished on the podium in third place after qualifying fourth and it was an excellent race for the team as Yuki was also in the points in seventh. So, we come to Baku to “defend” that result.”