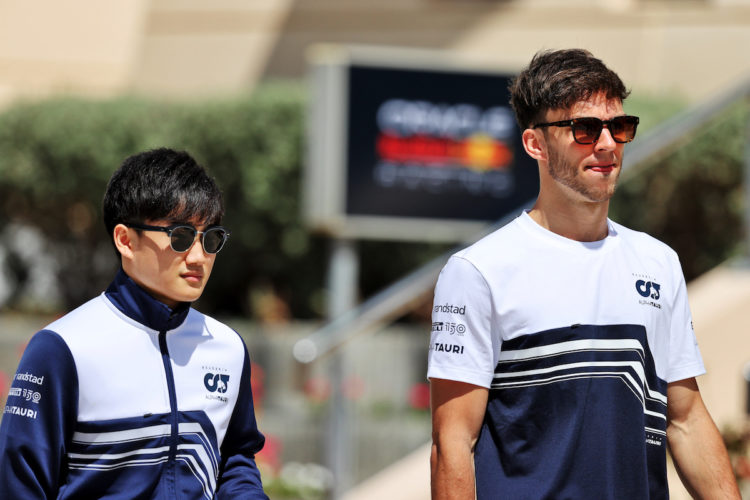 Red Bull advisor Dr Helmut Marko has suggested that the driver line-up for AlphaTauri won’t change for the 2023 campaign.

The sister squad to Red Bull is running Pierre Gasly and Yuki Tsunoda this year, their second year paired together at the Italian-based squad.

However, question marks have been raised over both drivers at the team going forward, with Gasly competing for the outfit for several years.

Gasly received a promotion to Red Bull in 2019 after a full season with the team (then called Toro Rosso) in 2018, but was demoted back down midway through the campaign amid a series of difficult results.

A return to Red Bull in the near future is not possible for the Frenchman, after the team announced last week that it had extended Sergio Perez until the end of the 2024 season.

“On Friday prior to the practice sessions in Monaco, we signed the contract, so Checo could further concentrate on the race weekend,” Marko told Formel1.de.

“If you look at Red Bull’s history, there is one particular characteristic that sets us apart: our continuity and planning ahead. So we wanted to be clear about the next few years.”

“We have to see what happens after 2023. What is the alternative for him? I don’t think at the moment there is an alternative that would be significantly better than AlphaTauri.”

Gasly’s team-mate Tsunoda is the most recent Red Bull junior to join F1, with several others, including Liam Lawson, Juri Vips and Jehan Daruvala waiting for their turn.

However, Marko says that it is unlikely any of the current juniors will join F1 in 2023.

“We can probably assume that the current drivers [Gasly and Tsunoda] will remain in their places,” Marko said.

“However, coronavirus is still present, so it could be that the youngsters will have to step in.

“Of course I hope no one gets injured, but they will have to keep waiting  for another year.”