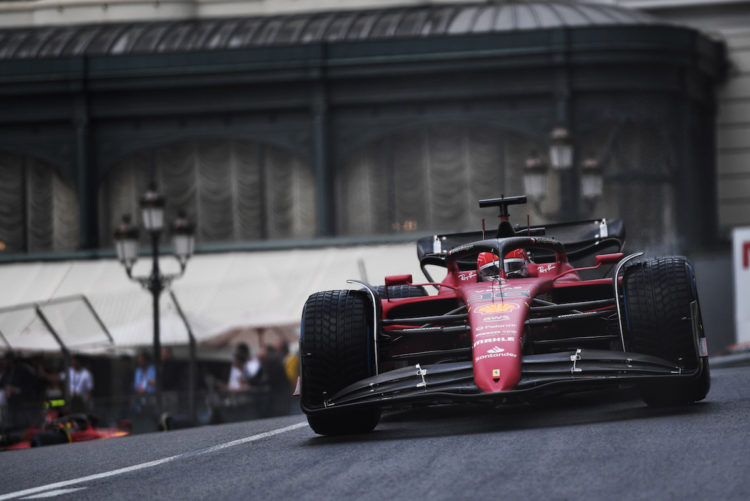 Leclerc has endured a difficult duo of races in Spain and Monaco, missing out on the race wins at both after securing pole position for the events.

In Barcelona, a mechanical issue forced him to retire, while a strategy blunder in Monaco meant he dropped to fourth at the chequered flag.

In the same period, championship rival Max Verstappen has gained in the title fight, with the Red Bull driver now holding the lead atop the Drivers’ standings.

Writing in his column for Sky Sports, Brundle expressed sympathy for Leclerc.

“You must feel sorry for local boy Charles Leclerc, he aced pole position and comfortably led the race only for strategy to consign him to fourth place,” he said.

“Pitting on lap 18 for intermediates, then again three laps later for slicks with a confused radio message meaning he had to wait briefly for his team-mate Carlos Sainz to receive his slicks in a double-stacked pit stop.

“Therefore, he was initially undercut by Perez into second place and then delayed into fourth by the second stop.

“Unusually during the second red flag for Mick Schumacher’s sizeable crash at the swimming pool he was no doubt able to share his feelings about all this with the team.

“It was his race to lose, and he didn’t even end up on the podium just to rub salt in his wounds.

“The mutual admiration and affection between Leclerc and Ferrari remind me of the relationship Michael Schumacher had with the team, but that has been severely tested on Leclerc’s side in eight days of two missed glorious victories and wasting the opportunity to regain the lead of the world championship.”

Leclerc currently sits second in the Drivers’ standings, nine points down on Verstappen.