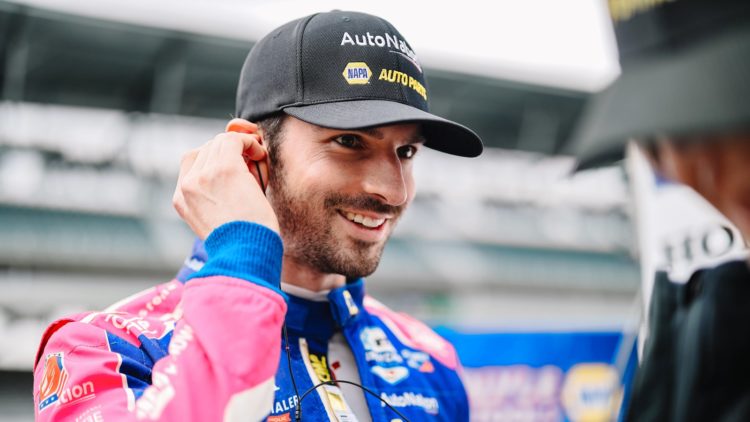 Rossi will join Arrow McLaren SP at the conclusion of this season. Photo: IndyCar

Arrow McLaren SP has confirmed that it has signed Alexander Rossi for the 2023 IndyCar season, with the Californian joining the team on a multi-year contract.

The 30-year-old has driven for Andretti Autosport since joining IndyCar in 2016, and was looking for a change in scenery to get back into championship contention.

His new deal with AMSP positions him within a team that is growing within the series, and has shown that it is capable of producing race-winning cars.

“First, I want to thank everyone at Andretti Autosport for an incredible seven years,” said Rossi.  “It has been a great ride with an awesome team, and it has been an honor to race for the Andretti name and for Michael for so long.

“The time has come for a new challenge, with a team that is growing in the sport.  I look forward to contributing to the development of Arrow McLaren SP and helping them reach the top.

“I see the commitment this team has to each other and to me, and I’m looking forward to getting started.  It’s time for me to race for another one of motorsport’s biggest names: McLaren.”

The move had been rumored for some time, and was all but confirmed when his departure from Andretti Autosport was announced earlier in the week.

After seven years with the team, which included one Indy 500 win in 2016, Rossi has often been disappointed with the results he and his team have been able to achieve in the past few years.

The switch to Arrow McLaren SP, which has the full backing of McLaren and has been producing ever-better race results, is a logical one to make.

AMSP also recently confirmed that it is building a new factory just outside of Indianapolis, bringing even more resources to its stateside effort in the future.

Rossi will drive alongside Pato O’Ward, who has been a standout performer behind the wheel since joining the team just as McLaren was getting involved in the series in 2020.

The team has plans to run three cars full time next season, though further details about that arrangement have yet to be made.