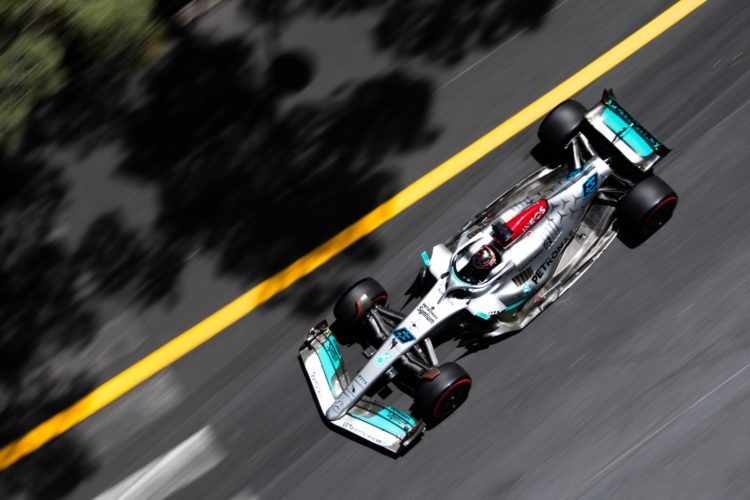 George Russell says he feels he has managed to maximise his results across the opening third of the 2022 Formula 1 campaign.

Russell’s first year at Mercedes has coincided with the team so far falling behind Red Bull and Ferrari amid struggles to get a handle on its W13.

Despite that Russell holds fourth place in the championship, on 84 points, having finished in the top five at each grand prix.

That included podium finishes at grands prix in Australia and Spain.

“I think if you told me prior to the season that we’d be seven races in and I wouldn’t have a victory to my name, I would have definitely been a bit disappointed with that,” said Russell.

“But I think given the pace of the car and given where we’ve been as a team, I’ve been reasonably pleased with how I’ve performed.

“I think the results have been maximised. I don’t see many races where we could have achieved better results.”

Russell nonetheless outlined that Mercedes’ deficit to the front-runners in 2022 means it has sizeable room for improvement.

“You are constantly striving for more when you understand the car more, the tyres more,” he said.

“And you know, I want to fight for this championship. And when we’ve got to go against the likes of Max [Verstappen] at Red Bull and obviously Charles [Leclerc] is doing an extra extremely good job at the moment with Ferrari.