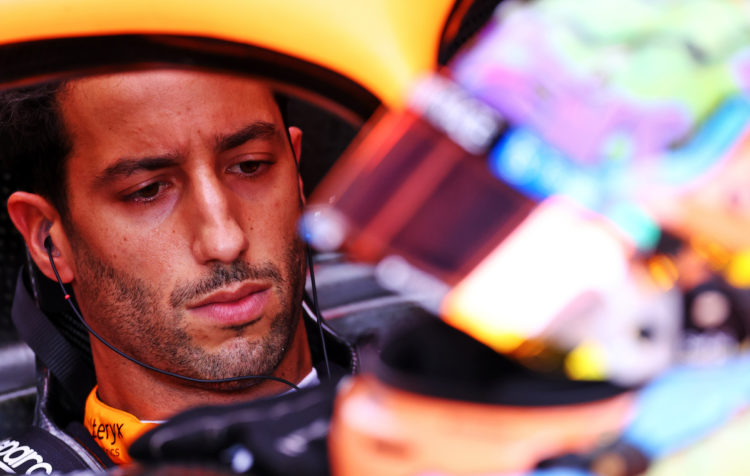 McLaren CEO Brown recently criticised the performances of Ricciardo, telling Sky F1 that bar a handful of outings, the team’s partnership with Ricciardo “has not met his or our expectations of what we were expecting”.

Ricciardo has struggled to emulate the pace of team-mate Lando Norris since he joined the team at the start of the 2021 campaign.

The recent comments have cast a question mark over Ricciardo’s future at the team, having joined the Woking-based squad on a three-year contract.

Speaking on the Sky F1 show Any Given Monday, Button says that the team has a duty to protect drivers in difficult situations.

“Zak is his own man and I can’t change his thoughts and what he says, but I was surprised that he came out and said that,” Button said. “Everyone with the team should be protecting these drivers.

“Formula 1 is a real mental game. They all have immense skill but you don’t perform if your head is not in the right place.

“I was surprised Zak came out and said he was not meeting expectations.

“We all know that. But when your Team Principal comes out and says that, it definitely hurts.

“I’m hoping they have talked since and they can just focus on getting the best out of Daniel and the team around him for the rest of the year. Then we’ll see where he ends up in the future.”

And Button is not entirely convinced that the partnership will continue beyond the 2022 campaign.

“Daniel came into the team in a very strong position, so the contract is more in his favour, I would say, but there will always be clauses,” he said.

“To be fair, if a team doesn’t want you driving for them, you don’t want to be there – and vice versa. Normally there’s an easier way out of it than just the clauses in the contract.”