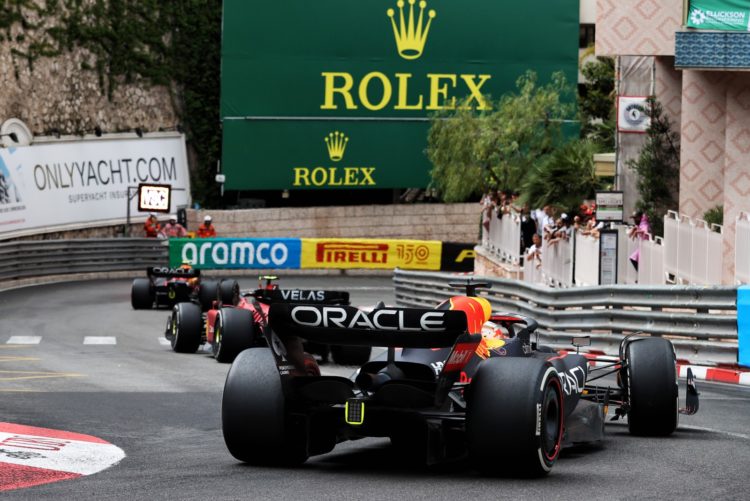 Jos Verstappen has criticised Red Bull over his belief that Max Verstappen was not given the optimum strategy during Formula 1’s Monaco Grand Prix.

Reigning World Champion Verstappen qualified in fourth place, and ran behind team-mate Sergio Perez during the first stint in the wet, with the Ferrari drivers up front.

Red Bull brought in Perez for Intermediates on lap 16, enabling him to clear Charles Leclerc, with Verstappen coming in for the green-banded tyres on lap 18.

Perez and Verstappen both then stopped on lap 22 for Hard tyres, one lap after the Ferrari drivers, facilitating the Mexican in taking the lead, while Verstappen cleared Leclerc.

But Jos suggested that Red Bull should have taken a more aggressive strategy with Max and that points were left on the table.

“As a father I was also disappointed with the race,” the 50-year-old told the official Verstappen website. “Max’s third place was very disappointing. We all saw that it was a difficult weekend for him. It starts with the car, which simply doesn’t have the characteristics for his driving style yet.

“Max has far too little grip at the front axle. And especially in Monaco, with all those short corners, you need a car that turns very quickly. That was just hard.

“Red Bull achieved a good result, but at the same time exerted little influence to help Max to the front. That he finished third, he owes to Ferrari’s mistake at that second stop of Charles.

“Pérez actually won the race because of the earlier pit stop. The team can perhaps explain that as a gamble, but they had already seen, with for example Gasly, that the intermediates were the best option at that time.

“I would have liked them to go for Max, but of course I am not entirely objective. I think 10 points from Max have been thrown away here. Especially with the two retirements we’ve had, we need every point. Don’t forget that Ferrari currently has a better car, especially in qualifying.”

Verstappen nonetheless stressed that he was “happy for Checo” as “winning in Monaco is of course something special and I hope he enjoys it.”