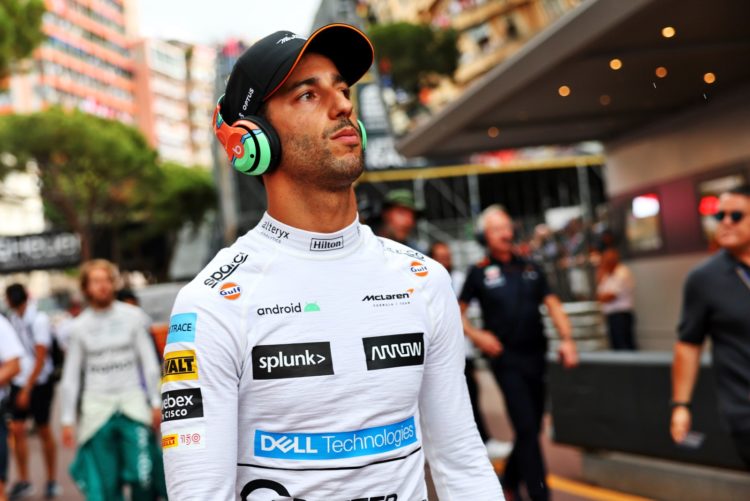 Daniel Ricciardo has accepted that failing to score points in Monaco was “reflecting of the pace and performance” he demonstrated, as his tough run continued.

Ricciardo crashed heavily during second practice on Friday and was then eliminated during the second session of qualifying.

Ricciardo was among the first of the drivers to switch to slick tyres in the race but was unable to gain notable ground and classified in 13th place.

“It was always going to be a little difficult after qualifying, but the downpour was very intense, so that delayed everything,” he said.

“I was on the extreme [wet], we stuck it out so long that I didn’t want to fit an inter for two laps then fit a slick, let’s just ride it out.

“I want to say it was on the early side [to switch to slicks] but I was struggling a lot on the extreme with the drying track – tricky getting everything up to temperature, so it was hard to know how fast to go, could see the cars behind were on slicks so I was kind of a gauge for them.

“Ultimately not a wonderful weekend, and the position is reflective of the pace and performance I had this weekend.”

The result means Ricciardo has amassed only 11 points to the 48 accrued by team-mate Lando Norris this year.

“Deep down I am disappointed with the weekend, there’s no hiding that,” he said.

“I’ve been here before and have a bit of experience with weekends like this, as much as I wish it wasn’t the case, so I don’t want to dwell on it too much in a negative way.

“It’s racing, it’s clear it was what it was, I missed the pace and still do ultimately with this car, so just try and have to keep working at it.”