O’Ward: Straight line speed to blame for failed pass for the win 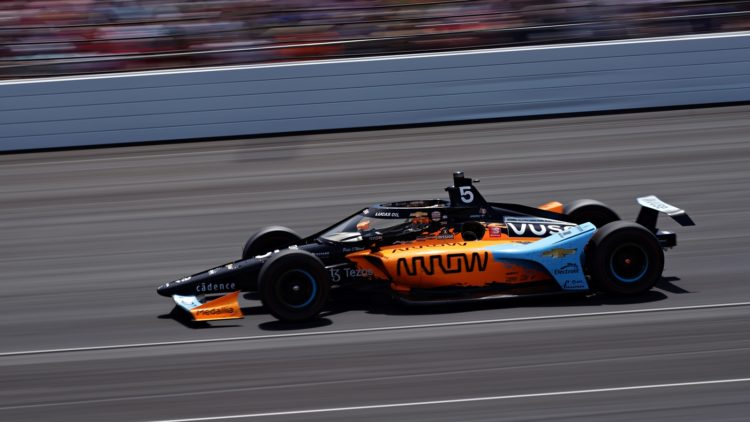 On the final lap of Sunday’s Indianapolis 500, Pato O’Ward was able to make one final attempt at a pass on Marcus Ericsson heading into turn 1.

He was able to get alongside Ericsson, but the Chip Ganassi Racing car had just enough top speed to hold the advantage at the end of the straight and keep the lead.

There was not enough time to mount another charge, and the talented Mexican driver, who just signed a three-year extension on his contract, had to settle for second place.

Talking after the race, O’Ward related that he felt there was not much more he could have done, and the lack of speed from his Arrow McLaren SP Chevy was the reason he couldn’t make the move stick.

“Too fast in the straight,” said O’Ward.  “Maybe if I would have timed it a little bit better.  I really don’t think I could have done it much better.  I did enough to what we had been doing all race.

“But, yeah, at the end I was surprised with how much more pace [the Ganassi cars] had in a straight line with quite a bit more downforce.  I was just trying to time it as good as possible.

“I don’t think they were better, especially in traffic.  I think my car was the best and I was the most comfortable with it.  In a train of three or four cars, five, six, no one stood a chance against me.  Out front, not so much.

“Obviously the weaving helped [Ericsson].  Staying on the inside helped him.  I got alongside him, but we all know how that ends up in the last lap.  No way he would have backed off.”

O’Ward knew that if they had attempted to go through the corner side by side, there was a good chance neither would have finished the race.

Ericsson’s defensive maneuvers coming to the white flag had ensure that he kept the inside line, and forced O’Ward to be the one that had to back out.

And of those aggressive defensive moves by Ericsson on the final lap?  O’Ward had a short answer that revealed his real feelings.

“I’ll leave that to the race directors.”