Norris: Wet Monaco ‘one of the scariest things I’ve done’ 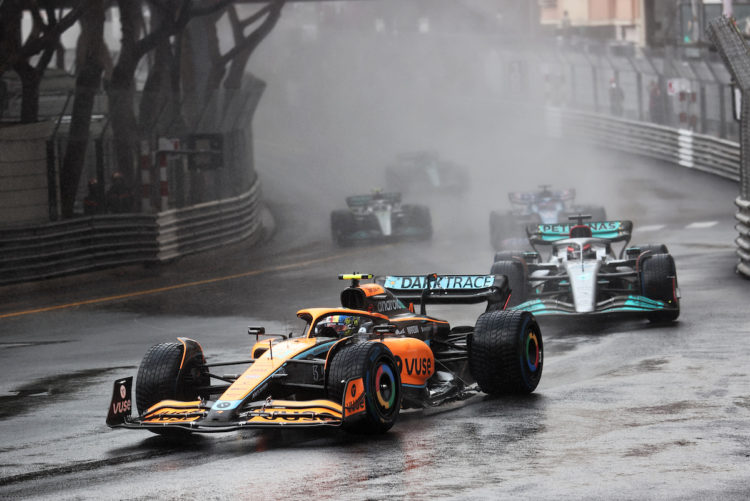 Lando Norris says racing at a wet Monaco Grand Prix is “one of the scariest things” he’s done in his racing career.

Prior to the start of the race on Sunday, a sudden downpour saturated the circuit, causing a delay of over one hour.

Conditions lightened as the race went on, with drivers switching to dry weather compounds before the end of the grand prix.

Norris, who started the race from fifth on the grid, crossed the line in sixth place. The McLaren driver was overtaken by George Russell during the pit stop phase of the race.

Norris asserted he wasn’t overly disappointed to lose the position, but was pleased to have “survived” the race.

“In these conditions, it’s always so difficult to get the stop lap perfect to go onto the slicks, and things like that,” Norris said.

“It was a little bit unlucky, it’s days like today, you can make the perfect decision at slightly the wrong time. It’s a little bit off and you can lose.

“I’m not unhappy, just a little bit frustrated. We lost one position, it was one or two points. The team still did a good job apart from that.

“We survived the race, it was a long one. It was tough in these conditions. I can’t describe how difficult driving a Formula 1 car in the wet is around this track. It’s genuinely one of the scariest things I’ve done in my life.

“But it was good fun, rewarding at the same time. I’m happy with P6 as well.”

Norris has been battling a case of tonsilitis since before the Spanish Grand Prix weekend, and wasn’t fully recovered during the event in Monaco.

“I’m not all the way still, still got a bit more recovery to do, which hopefully I will be doing over the next couple of weeks to make sure I’m ready for Baku,” he said.

“I’m confident, I feel like I’m driving well, I’m confident at the car in this minute. The car and the package is in a decent place.”