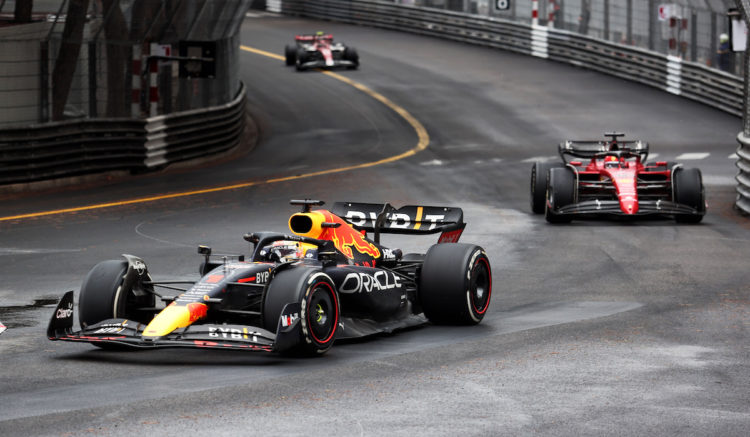 Ferrari have protested the result of the Monaco Grand Prix and both Red Bulls for allegedly crossing the pit exit line during the Formula 1 race.

During the first stops of the race on a damp track, it appeared as though Max Verstappen crossed the painted yellow line as he exited the pit lane – although the onboard view isn’t clear – but the matter was ignored by the stewards.

However Verstappen’s team-mate and race winner Sergio Perez, appeared to do the same and the matter was noted by the stewards, although nothing further was announced during or immediately after the race.

However the FIA later announced that both drivers had been summoned by the race stewards “in relation to the two protests lodged by Scuderia Ferrari against car 1 [Verstappen] and car 11 [Perez] for allegedly failing to stay to the right of the yellow line at pit exit.”

“As Ferrari we are disappointed because we think there was clear breach of regulations on the two Red Bulls for going on the yellow line exiting the pits,” team boss Mattia Binotto told Sky Sports.

Red Bull team boss Christian Horner doesn’t believe his drivers crossed over the line: “All the footage we have seen we have been content with,” he added.

Perez won the race ahead of Carlos Sainz, Verstappen and Charles Leclerc, with the quartet covered by just 2.2 seconds as they crossed the finish line, meaning any time penalty would benefit Ferrari.