Ricciardo: No-one harder on me than myself 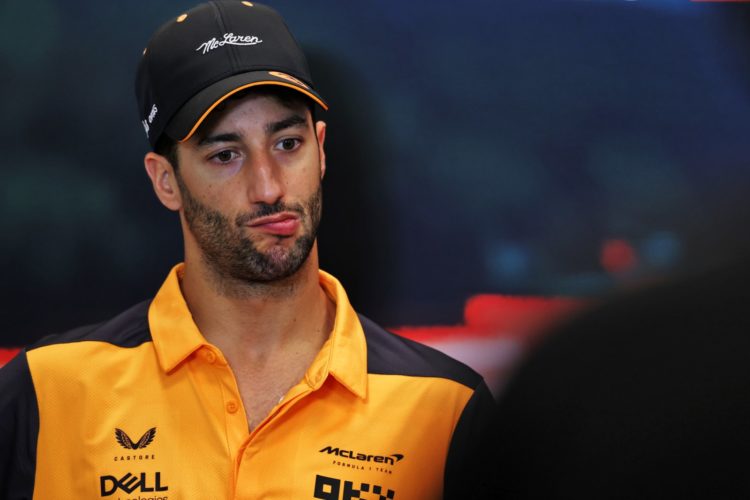 Daniel Ricciardo says he accepts criticism on his form and that “no-one is going to be harder on me than myself”, amid his difficult recent run in Formula 1.

Ricciardo has scored only 11 points across the opening six rounds of 2022 and claimed his sole top 10 result in a race in Australia.

Team-mate Lando Norris has scored 39 points, which included a podium in Emilia Romagna.

McLaren CEO Zak Brown gave an interview with Sky Sports earlier in the week in which he outlined that Ricciardo had not met expectations since his move for 2021.

When asked about the comments Ricciardo said: “Well it’s not false, it’s pretty true. It’s something… comments I don’t take personal – my skin is tanned beautiful and also thick!

“No-one is going to be harder on me than myself, I know I don’t want to be racing around 10th, 12th places.

“I still believe I can be at the front and belong at the front. There’s certainly been more testing times, in trying to get up and maximise myself in this car.

“We’re working together hard at it, the team wants it, I want it, we’re just working through it.”

Ricciardo affirmed that “we found an issue on the car” after last weekend’s Spanish Grand Prix and that it has now been rectified.

“I think there’s still more that I’d like to be getting more out of it,” he said of the MCL36.

“Sometimes I can see [where to find time], sometimes it’s less clear. I think we’ve also had a few things that have not gone let’s say our way and interrupted some of the sessions. So it’s a combination of a few things, but putting that aside, it’s still been a little bit tricky for me to always gel 100 per cent with the car.”