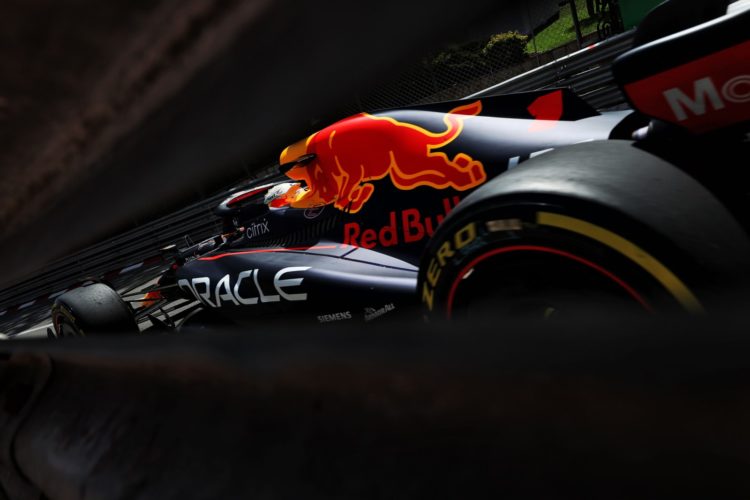 Max Verstappen says Red Bull has to unearth more pace from its RB18 if it wants to battle Ferrari at Formula 1’s Monaco Grand Prix.

Verstappen enters this weekend’s round six points clear of Charles Leclerc in the championship.

But Leclerc led the way through both practice sessions on Friday while Verstappen classified fourth.

Sergio Perez was the lead Red Bull driver in third place but was almost four-tenths adrift of Leclerc’s best time.

“We tried quite a few different things with our set up today to see how the car is behaving, I was happier with the car in FP1 than in FP2,” he said.

“If we get better balance we can attack the corners a bit more, then of course our lap times will improve.

“Clearly compared to Ferrari we still need to find more pace, so now it’s all about fine tuning and finding a better balance.”

Perez conceded Red Bull was surprised by its deficit to Ferrari and was also frustrated by the disruption to his long runs due to traffic.

“It has been a good few sessions today for us but the long runs were a bit difficult with the traffic, I couldn’t do more than two laps consistently” he said.

“All in all we seem to be lacking a bit compared to the Ferraris, they seem really strong. We will analyse the data and see what we can do but they seem to be very quick today.

“We were a little surprised by the gap to them today, we were expecting a gap but not such a gap as we’ve seen today. It means there is plenty of work to do and we will see tomorrow.”