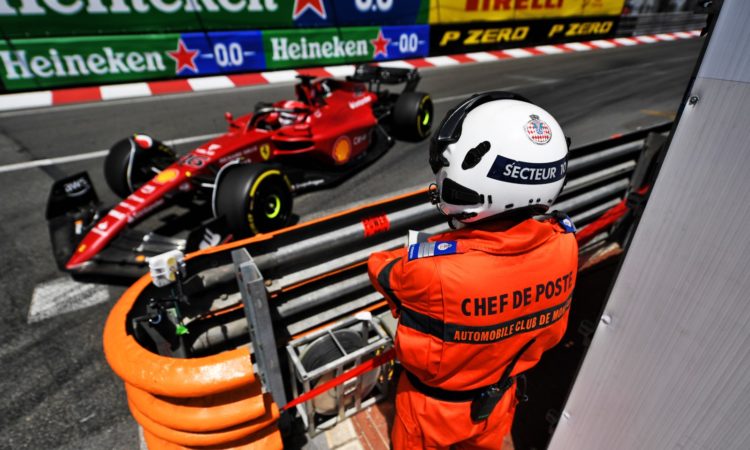 Monaco native Leclerc, who opened the weekend on top, set a time of 1:12.656s as drivers carried out qualifying simulations in hot and sunny conditions.

Leclerc’s lap left him comfortably clear of his rivals though team-mate Carlos Sainz drew closer with a lap that came later in the session.

Sainz, who was already second, wound up 0.044s behind his Ferrari team-mate.

Lando Norris, not yet at 100 per cent following his bout of tonsilitis, capped a fine day by classifying fifth but it was a disastrous session for McLaren team-mate Daniel Ricciardo.

Ricciardo brought out the red flags on his first push lap a quarter of the way into the session when he suffered a sizeable accident.

Ricciardo lost control of his McLaren MCL36 through Piscine and slammed into the barriers on the exit of the corner, before skating on for a smaller secondary impact at the next turn.

Ricciardo was uninjured in the accident but it caused the session to be halted and ruled him out of the remainder of running.

After an encouraging weekend in Spain Friday in Monaco was a sterner reality check for Mercedes.

George Russell was three-quarters of a second behind Leclerc in sixth while a scruffy session left Lewis Hamilton down in 12th overall.

AlphaTauri had both drivers inside the top 10, with Pierre Gasly seventh and Yuki Tsunoda 10th, while Fernando Alonso and Sebastian Vettel classified eighth and ninth respectively for Alpine and Aston Martin.

Haas and Alfa Romeo were two teams to have a relatively low-key day.