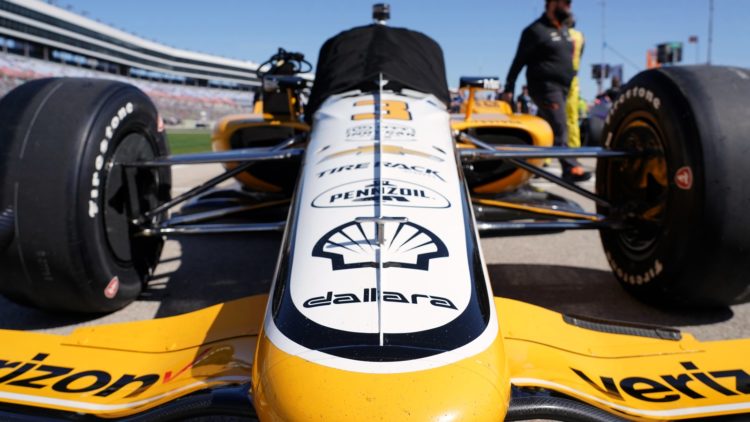 Shell is set to become the official fuel supplier of the NTT IndyCar series starting in 2023, displacing Speedway as the series’ fuel provider.

Speedway became the official fuel supplier in 2019 in a deal that was struck under IndyCar’s previous owners Hulman & Company, and took over from Sunoco, which held a deal with the series for the previous seven years.

The agreement expands of the company’s existing partnership that saw it become the official motor oil and lubricant supplier to the series in 2021.

The announcement came as part of a larger release that also outlined Shell and Pennzoil’s renewed commitment to both Team Penske and IndyCar at large.

Shell and Pennzoil first started working with Team Penske in 1983, rejoined the team in 2011, and has been a major sponsor of the team’s cars since then.

The brands feature prominently on Scott McLaughlin’s ‘Yellow Submarine’ livery at recent Indianapolis 500 races, as well as on the team’s cars throughout most of the season.

“We are proud of the global business relationship with Shell and Pennzoil that extends across our Penske companies,” said Roger Penske.

“Over the years, we have experienced great success together on the track and the relationship has evolved to include our transportation business operations all over the world.

“Our teams are also working with Shell and Pennzoil on product development and multiple sustainability initiatives to help keep us focused on the future.”

The announcement also revealed that Pennzoil will continue to sponsor Team Penske’s NASCAR ambitions, with a renewed deal as a primary sponsor of Joey Logano’s #22 car.

The 2018 NASCAR champion will run the iconic yellow branding for at least 30 races in the upcoming season, which is a significant investment in a series where joint sponsorship deals are commonplace. 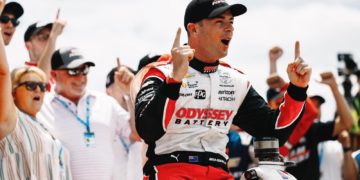