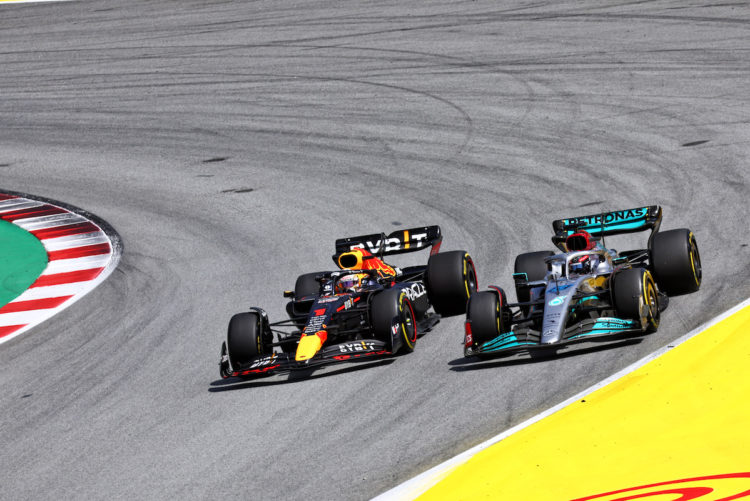 Mercedes has suffered with severe bouncing on the straights across the opening races of the campaign, which has hampered its overall pace.

However in Barcelona, the team appeared to be in stronger form, with George Russell taking a podium finish.

Team-mate Lewis Hamilton was forced to pit on the opening lap after sustaining a puncture, but displayed strong pace to battle his way back to fifth place.

So far, Red Bull and Ferrari has taken all wins on offer in 2022 – but Horner doesn’t think Mercedes are far away from achieving similar results.

“They’re getting themselves back into this championship,” Horner told Sky F1.

“I’ve said from race one that they’re a very, very strong team, they’ve got great strength in depth.

“And you can see they’ve made a big step this weekend, it’s been a positive weekend for them.

“We don’t underestimate any of our rivals and I think Ferrari had a horrible day [on Sunday], but their pace again was very, very strong this weekend, so I think it’s only going to get tighter.”

Verstappen took the lead of the Drivers’ Championship, however Horner downplayed the importance of the situation at this stage of the season.

“It means very little. I mean a couple of races back we were 40 points behind. The teams worked really hard to get us up there.

“It’s all the guys and girls behind the scenes. That’s why Jo Fleet, our HR Director went up to get the trophy for the Constructors [in Spain].

“It’s the people that you don’t see that are working so hard back at Milton Keynes, under huge pressure, and this result is testament to their hard work.”