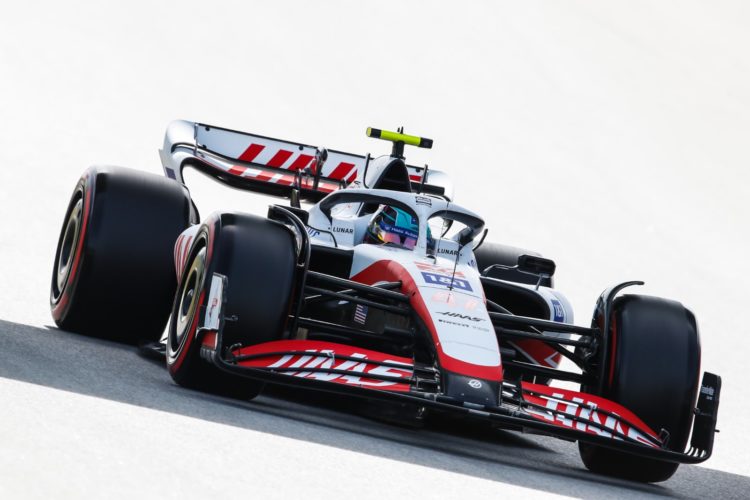 Haas team boss Guenther Steiner says the squad can still unearth lap time from its current-spec VF-22 as it holds off on bringing updates to the car.

Haas was one of only two teams – along with AlphaTauri – not to bring performance-related upgrades to last weekend’s Spanish Grand Prix.

Despite not updating its VF-22 Haas secured its first double Q3 appearance, with Kevin Magnussen eighth and Mick Schumacher 10th, though its prospects unravelled in race trim.

Magnussen’s race was undone after contact at Turn 4 with Lewis Hamilton while Schumacher regressed on an inferior two-stop strategy.

“It’s very difficult to judge who found pace but the obvious ones were Mercedes and Alfa Romeo,” said Steiner.

“With the others, I don’t know how much pace they found and it’s a one-off race with very strange conditions – it was very hot, very unusual for Spain – so we have to wait a few races to find that one out.

“We obviously chose not to put upgrades on but we made our car go quicker, at least in qualifying, so I think we’ve found something in the set-up.

“We have still got something in the car which we haven’t unleashed so let’s work a little more on that, but we made a very good step in Spain.

“We are in the midfield but the midfield this year, it depends on the race. In some races one car is good, and in others, somebody else. I think that is very interesting and it’s how it should be – it mixes up the field.”

It is set to be the first Monaco weekend run to a three-day schedule, with the traditional Thursday practice now axed in favour of Friday running.

“If we had stuck to the old way, to run on Thursday and have the Friday off, it wouldn’t have worked with the back-to-back, or it would’ve been very difficult,” said Steiner.

“With having a 22-race calendar this year, it would be very difficult to add another date to the schedule for the people working there.

“I think the decision was the right one, for us we just get normality, and we don’t come in late on Thursday because we are not used to that.

“I think it had to be done and there will be no big changes – no one will remember that we practiced on Thursday and not on Friday.”