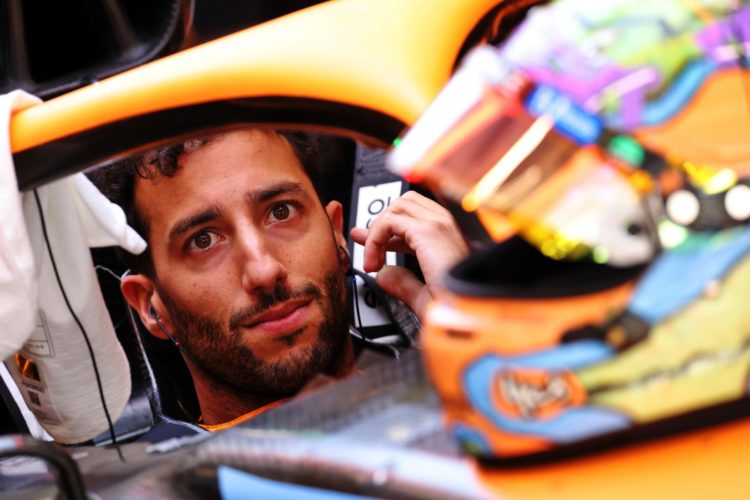 Daniel Ricciardo says he hopes he and McLaren can find an explanation for his poor pace after he tumbled out of contention for points at Formula 1’s Spanish Grand Prix.

Ricciardo held eighth place early on but was overhauled by Esteban Ocon, Lando Norris and Yuki Tsunoda during the first stint.

Ricciardo lost further ground across the remainder of the race, dropping behind the recovering Fernando Alonso and Sebastian Vettel, and classified 12th, four spots behind team-mate Norris.

The result means Ricciardo has finished in the points just once in the opening six rounds of the season.

“It [grip] wasn’t there from the start, and it wasn’t like ‘ah I had understeer’ – I did – but it was just overall lack of grip,” he said.

“I thought at the start of the race it was very slow and that temperatures just got too high or something, at the start you’re obviously fighting and things like that can happen.

“We did a three-stop race, so I had four sets of tyres and was very, very slow on all of them. Not sure. Really sad race.”

Expanding further Ricciardo said: “It’s one of those races that it was so slow that, it nearly sounds bad to say, but you hope something was wrong, you hope we find something that is like ‘oh that’s why’, because it’s probably more concerning if we don’t.

“It wasn’t like a tenth or two tenths off it felt like over a second at times. I don’t know that for a fact but I certainly saw the cars pass me and pull away very quickly.”

McLaren Team Principal Andreas Seidl outlined that Ricciardo “was struggling a lot with the rear of the car whenever we tried to push more.”

“We have some homework to do over the next couple of days to understand why.”

McLaren preserved fourth in the standings with a reduced 11-point advantage over Alfa Romeo.