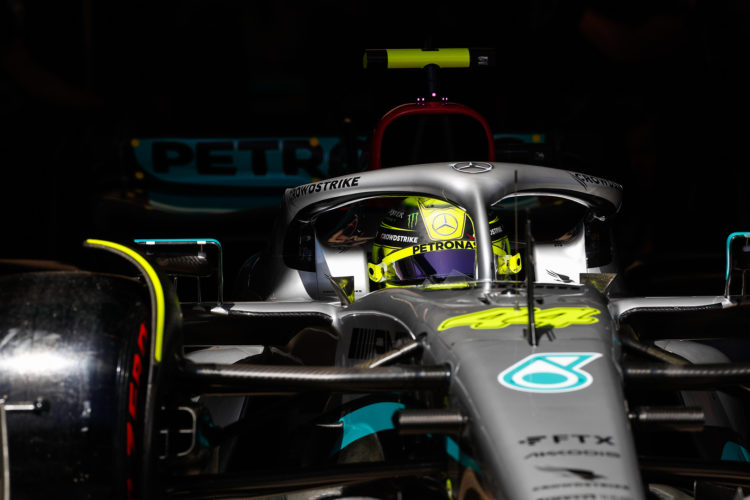 Mercedes has halved its deficit to Formula 1’s front-runners in the space of one weekend, according to boss Toto Wolff, and can approach the upcoming events with optimism.

Mercedes endured a fraught start to the campaign as it strived to remedy the chronic bouncing that it believed was severely hampering the potential of its W13.

A sequence of updates introduced in Miami and Barcelona removed much of the bouncing and led to an upturn in performance at last weekend’s Spanish Grand Prix.

George Russell and Lewis Hamilton qualified fourth and sixth respectively and went on to classify third and fifth in the race, with the seven-time champion recovering from a first-lap puncture that left him at the back.

“These regulations have caught us off guard in a way,” said Wolff.

“And step by step we are understanding what we need to do in order to bring the performance back into the car. We’ve seen another big step this weekend, probably we have halved the disadvantage to the front runners.

“There is still a long way to go in order to be right up there in the fight. Having said that, we’re third with George and that’s strong. His driving was unbelievable, the defending, the positioning. I’m so proud and happy in a way to see that.

“And with Lewis, we had probably the fastest race car. He was 50 seconds behind at the end. And he caught all the way up, and at stages in the race he was the quickest, and that shows the potential that the car has.”

“I’ve seen a race car that reminded me of the race cars of previous seasons, where you’re 30+ seconds behind the whole field, and you come all the way to the front and near the podium,” said Wolff.

“Can we fight for a world championship? Well, we bet we can. But we just need to have a car that is able to finish first and second.

“I think we have reasons to believe that we can get there, but also if you look at the odds they are against us. But motor racing is a different ballgame.”