Sainz ‘ready to fight’ for first F1 win in Barcelona 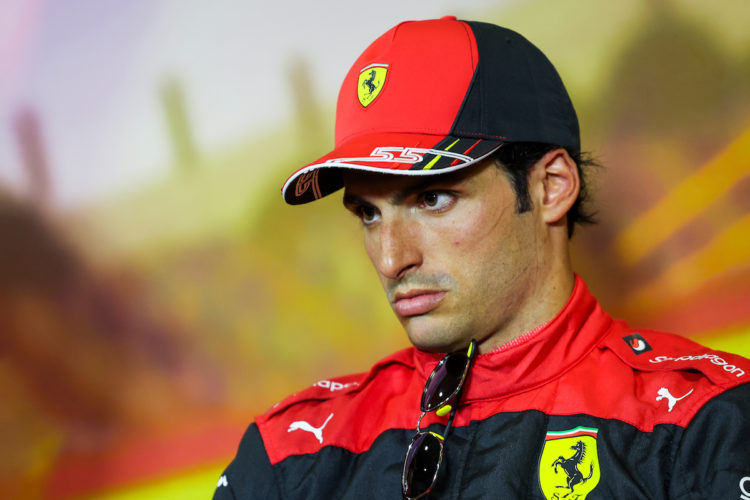 Carlos Sainz asserts he’s ready to compete for his maiden grand prix win in Formula 1, as he eyes up success at his home race in Spain.

The Ferrari driver will line up in third place for the start of Sunday’s Spanish Grand Prix, behind team-mate Charles Leclerc and Red Bull’s Max Verstappen.

Sainz is yet to take victory for Ferrari, despite having a number of podium finishes during his stint with the team.

Leclerc has taken two race wins for Ferrari in the opening five rounds of the 2022 season, and has started the year as the stronger driver for the Maranello-based squad.

Sainz says that if he manages both the start and Pirelli’s tyres efficiently, he could be in contention for the victory in Barcelona.

“I think there’s two key aspects [to the race]: there’s the start and the tyre management that you need to get right to win here,” Sainz said.

“Strategy, obviously being more than one stop, will be key also. So there’s many things in – I don’t know how many laps it is – [a] 66 lap race that can happen.

“Obviously, these guys have proved they have very good pace today and recently but I think anything’s possible.”

Sainz has endured a difficult start to the 2022 campaign, having been involved in various incidents over the last number of weekends.

The 27-year-old says that he has struggled more than Leclerc to adapt to the new cars, which are “snappier” than their 2021 predecessors.

“I do find it a bit trickier. And snappier and a bit more pointy than last year’s car,” Sainz said.

“And obviously that’s one of the reasons why probably I’m still not quite there. I can see Charles is obviously happier with it, and playing with it a lot more than I am, giving him that lap time edge over me recently.

“But it’s a fast car, which is important thing. I mean, I still prefer to be P3 in a fast car than P6 with a slow car, but a car that drives better.

“I just need to get used to it, get used to this feeling of playing with the rear a lot more.

“I’m doing my homework in the simulator and at the track, every time I go out, I try to push myself to get used to this balance. But yeah, I will get there.”