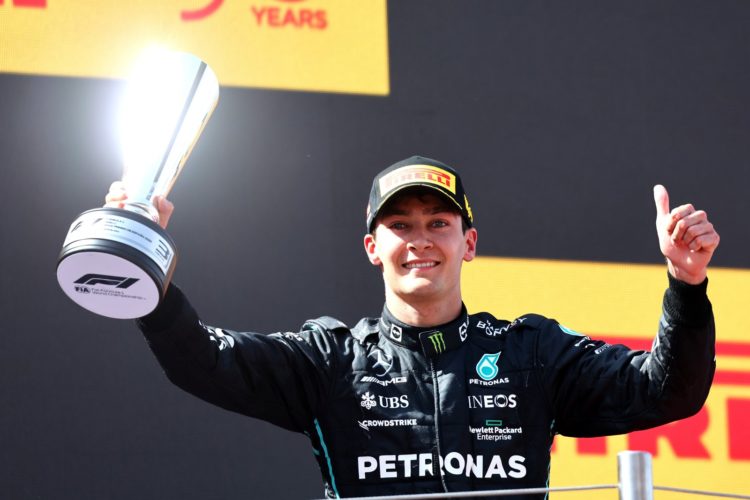 George Russell believes Mercedes can now kick on and begin unlocking performance from its W13 after his podium at Formula 1’s Spanish Grand Prix.

Mercedes demonstrated an upturn in pace in Spain after appearing to address the bouncing that had plagued its potential through the opening events of 2022.

Russell spent chunks of the race battling eventual winner Max Verstappen and wound up third, while Lewis Hamilton recovered from the back to finish fifth.

“We’re making progress and as a team we’ve turned the page and feel like this is probably the start of our season now,” said Russell, who called his podium “more genuine” than his previous top three in Australia.

“I think we’ve probably halved the gap to the front-runners compared to the rest of the season, I think we know there’s more performance to find.

“I think we’ve finally solved our issue and we can now focus on bringing more performance, so yeah, we’re six races behind but there’s no reason why we can’t claw this back.”

Russell, and team-mate Hamilton, were both told to back off during the closing stages amid overheating W13s.

“It was definitely when I was battling Max, was managing tyres, engine was overheating, trying to go as fast as possible to keep him behind, you’re juggling so many things,” said Russell.

“Last five-six laps was literally ‘bring it home’. We were right on the limit through the race but the team did a great job not to go over the limit and have to retire the car.”