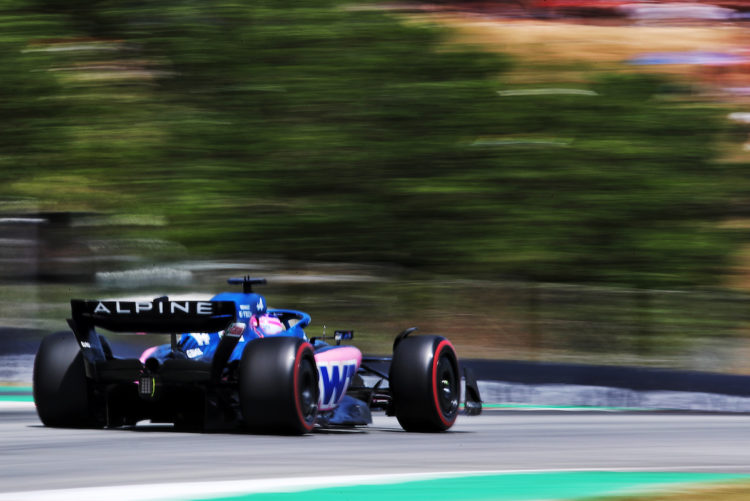 Formula 1’s tyre supplier Pirelli says a three-stop strategy is not out of the equation for the Spanish Grand Prix as teams contend with hot temperatures on Sunday.

The heat in Barcelona is anticipated to be beyond the 30 degrees Celsius mark on race day, with track temperature even higher.

This will only add extra strain on Pirelli’s tyres during the race, with drivers having the C1, C2 and C3 compounds at their disposal, the hardest options in Pirelli’s range.

The Italian marque says the fastest way to approach the grand prix is a two-stop strategy, using a Medium-Medium-Soft option, with the second-fastest route being a Medium-Soft-Soft.

The C1 Hard tyre is likely to be avoided during the race, as although it has a longer life than the Mediums and Softs, it is drastically slower than the Medium compound – over one second per lap, according to Pirelli’s estimates.

Drivers all have a free choice of compound to start the race on, after the previously-used Q2 tyre rule was scrapped for 2022.

Pirelli’s Head of F1 Mario Isola says that tyre degradation will factor into the outcome of the race, believing it will be the “most challenging race” so far in 2022 in terms of tyre management.

“It was a hot and tough qualifying session, where managing the Soft tyre was crucial in order to extract every last bit of performance,” Isola said.

“Not only that, but strategy played an important part and [Charles] Leclerc’s calculated risk to complete only one run in Q2 – a decision that was also taken by Mercedes – could give him some different options.

“Degradation will definitely be a factor tomorrow, with temperatures predicted to be perhaps even hotter than today.

“This is likely to be the most challenging race of the year for tyres so far, where management and strategy will be key to success.

“One interesting thing we saw [on Saturday] was FP3: often this is focussed on preparation for qualifying, but today we saw lots of teams optimising set-up and balance in the light of the degradation experienced [on Friday].”