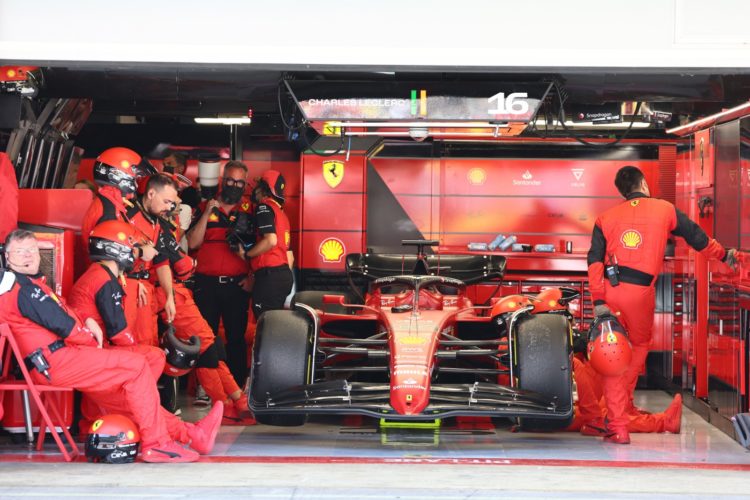 Ferrari says it does not yet have a diagnosis for Charles Leclerc’s Spanish Grand Prix failure and that the problem struck suddenly and terminally.

Leclerc converted pole position into the lead during the early stages of the race at the Circuit de Barcelona-Catalunya and opened a commanding advantage in the wake of Max Verstappen’s error.

But during the second stint of the race Leclerc slowed and retired due to a loss of power.

Verstappen went on to claim victory, his fourth of the year, to take the lead of the championship for the first time.

“It was a sudden issue,” said team boss Mattia Binotto. “I think we learned it first from Charles going into the radio and then from the engineers looking at the data, it was sudden.

“We do not yet have an explanation, it will travel to Maranello during the night and we will disassemble it in the morning.”

Binotto was keen to stress that Ferrari should take the positives from the weekend despite relinquishing the advantage in both championships.

“I said that after the first six races, we would be able to assess the performance levels and hierarchy among the teams and today, we can say that we have built a good car and we have done a fine job of developing it,” he said.

“The Barcelona track is demanding in many ways and it has usually been something of a bogey circuit for us.

“But the F1-75 was the quickest car on track yesterday and today, Charles was comfortably in the lead, running at a very good race pace.”