Wolff: Mercedes has made a ‘solid step forward’ in Barcelona 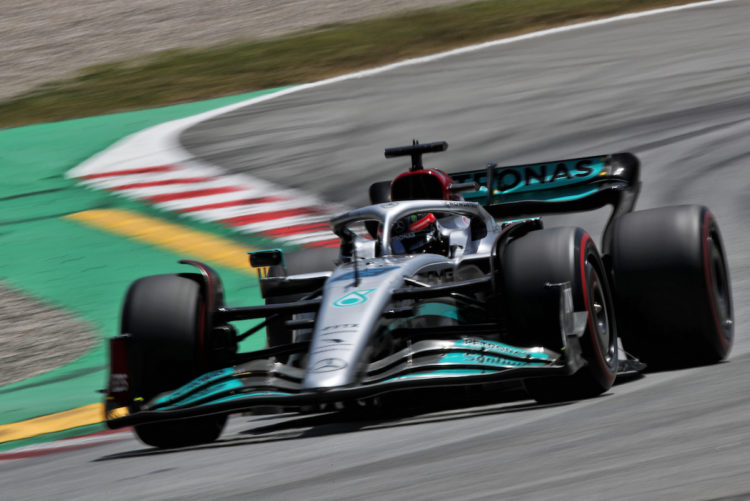 Mercedes has made a “solid step forward” with its W13 Formula 1 car in Spain, believes team boss Toto Wolff.

George Russell took the Brackley-based squad’s best qualifying result of the season to date in fourth place, while team-mate Lewis Hamilton is set to line-up on Sunday’s grid in sixth.

The team brought upgrades to the race weekend, as it looked to solve its bouncing issue that has hampered it throughout the opening races of the campaign.

Although it ended qualifying over six-tenths of a second away from pole position, Wolff believes that the team is starting to overcome its issues.

“P4 and P6 are probably the best positions we could have expected to slot into today, given the challenges we have faced in the first five race weekends, and the progress we are now starting to make with the car,” Wolff said.

“Overall, I think we have made a solid step forward this weekend, and we know how to unlock more performance, too.

“Our rivals have continued development while we have paused to solve the bouncing – so when we pick that up and start to better understand the tyres now the bouncing is gone, then I think we will be closing them down.”

Wolff added that he believes that Mercedes currently possesses “a race car more than a qualifying car”, which he hopes will serve it well on Sunday.

Despite the positive atmosphere in the Mercedes camp this weekend following a difficult opening portion to the season, there remains a sense of frustration as there is still a deficit to the front of the field.

“It’s frustrating not to be closer to the front,” admitted the team’s Trackiside Engineering Director Andrew Shovlin.

“We’ve clearly made progress with the car, but we were getting a bit of overheating in the final sector and once it starts, the sliding generates more temperature, and the problem compounds itself.

“That explains a good proportion of the gap but no doubt we’ve also got a bit to come on the setup.

“It’s a very different package that we have brought here and we’re still learning how to get the most out of it.”