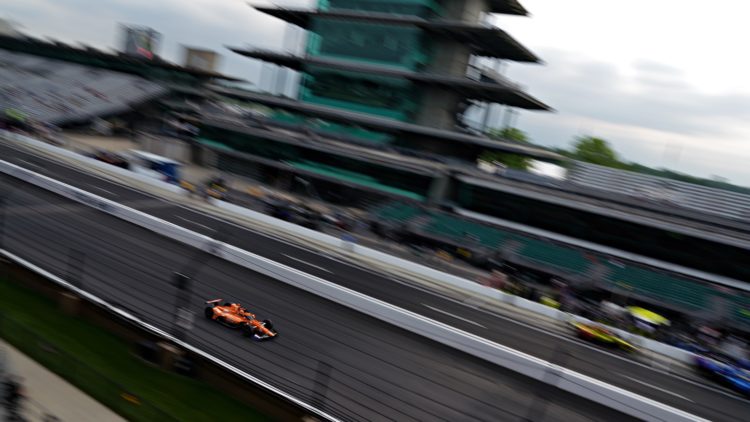 Rinus VeeKay set the fastest lap of the day, and is among 12 drivers advancing to Sunday's qualifying sessions. Photo: Kevin Dejewski

Saturday’s Indianapolis qualifying session has been ended early on account of rain and storms moving into the area.

The seven-hour long session started off with near perfect cloudy and cool conditions, and those that were able to make their runs early benefitted greatly by way of fast speeds and stable cars.

Rinus VeeKay was the second driver to make his four-lap qualifying effort, and was able to post the fastest average time of the day at 233.655 MPH.

The Arrow McLaren SP duo of Pato O’Ward and Felix Rosenqvist also were able to run early, and locked in the second and third fastest runs.

Drivers who ran later in the day were greeted with sunny skies and a quickly warming track that soon proved to be too slick to allow any of the top speeds to be matched.

The full field was able to get one attempt in, bar Stefan Wilson whose drivetrain was damaged in morning practice when the team assembled the gearbox incorrectly, necessitating an engine change.

Drivers on the lower part of the timing board began gearing up to make second qualifying attempts in hopes of moving into the top 12 to advance to Sunday’s pole shootout.

Then, at around 2:30 PM, track action was stopped due to rain drops falling across the track and lightning in the area.

The weather cleared out after a short while, and two drivers were able to get second runs under their belts. But Scott McLaughlin and Sage Karam were the only ones to do so, and more rain moved into the area once again.

Drivers who were waiting in line to make another qualifying attempt at the expense of their first, were allowed to keep their original time and position.

An advancing cold front kept cars off the track for over an hour, and eventually the decision was made to finalize the session.

Drivers that sit 12th or higher will be back on track Sunday to fight for pole, while those 13th and below have their positions locked in for the Indianapolis 500 on Sunday, May 29. 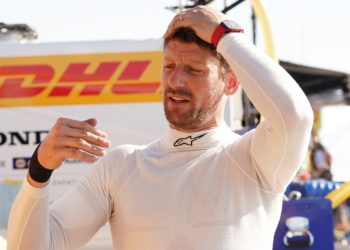 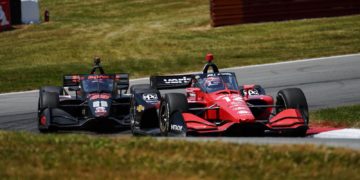