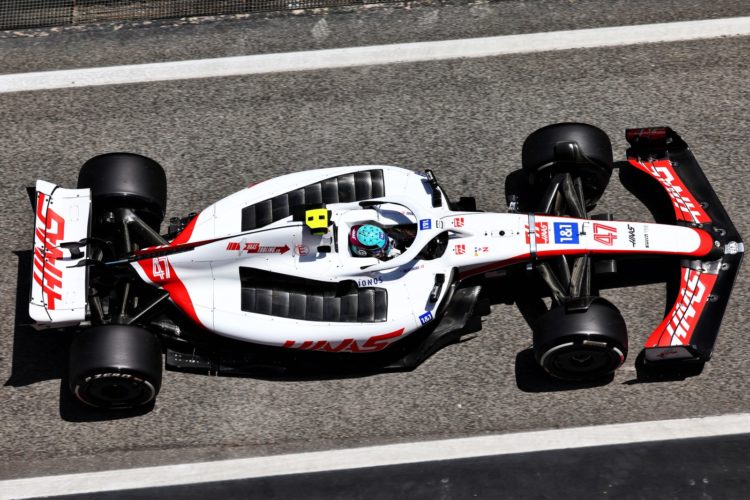 Haas drivers Kevin Magnussen and Mick Schumacher say the team can be encouraged by its performance in Spain despite not bringing upgrades to its car.

The majority of Formula 1 teams have elected to introduce updated components at the Circuit de Barcelona-Catalunya, with several of Haas’ midfield rivals bringing a raft of upgrades.

Haas has adopted a different strategy and will retain its current-spec VF-22 for the next sequence of events before introducing a sizeable upgrade at July’s French Grand Prix.

Haas went on to capture its first double Q3 appearance since 2019 as Kevin Magnussen qualified in eighth place while Mick Schumacher rounded out the top 10.

“I’m very happy with that,” said Magnussen. “Two cars in Q3 for the first time this year just shows that the car is very good.

“It’s been interesting because a lot of teams brought upgrades this weekend and it doesn’t seem like they’ve found a huge amount and we seemed to have also found a little bit, even without upgrades and just in the set-up.

“We had a DRS issue, which cost me some lap time, how much I don’t know, but it was close to the top five and there was more in it.”

Schumacher’s maiden Q3 appearance came after a disrupted build-up to qualifying, having suffered a right-rear brake fire during the early stages of Saturday’s final practice session.

“We’re obviously happy about getting into Q3,” said Schumacher.

“Even though it didn’t really look like we were on the pace, we still managed to do well. Not having driven FP3 definitely put a spanner in the works but we managed to overcome it, so I’m very happy about today and very thankful for the team.

“It felt great knowing that we haven’t brought any updates and a bunch of teams have, knowing that we’re still in that ballpark is definitely a good feeling.”