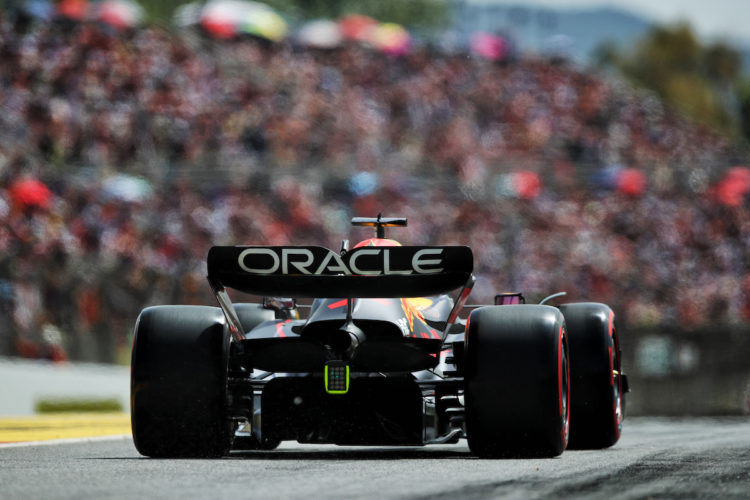 Red Bull Team Principal Christian Horner has revealed that an issue with the DRS system caused Max Verstappen to bring an early end to his final lap in Q3.

Verstappen reported that he had “no power” over the team radio as he started his last hot lap of the session in Barcelona.

The reigning World Champion ended the session in second place, having been sitting on provisional pole after the opening run.

However, his fastest time was bested by Charles Leclerc, who claimed pole position for Sunday’s Spanish Grand Prix ahead of Verstappen.

Speaking to Sky F1 after the session, Horner calmed fears that the problem was related to the Red Bull Power Unit, after the team suffered from reliability concerns early in the 2022 campaign.

“It wasn’t power in the end, it was the DRS that didn’t open,” Horner said.

“Obviously we need to get the car back to understand what’s caused that because it opened on the back straight just as a check when he came back into the pits.”

“I don’t think we had enough today to beat that lap of Charles. It was a great lap by him under pressure at the end, but I’m still pleased with the front row start.

“Charles has carried a new set of Soft tyres into the race tomorrow, so that’s strategically quite interesting. But in these temperatures, it’s all going to be about tyre degradation and tyre management. It’s going to be a fascinating race.”

Horner says that issues have hit Red Bull at the worst stages of race weekends, with a bulk of its problems emerging in important sessions.

“These things tend to happen,” he said. “We saw Ferrari changed their chassis last night because of a fuel system issue, unfortunately they’ve hit us at inconvenient times.

“The last time you want it is on the last run in Q3. But as a team, we’ll work hard, we’ll try to understand what the issue is.

“It may be something as simple as a piece of rubber has got stuck in the mechanism.