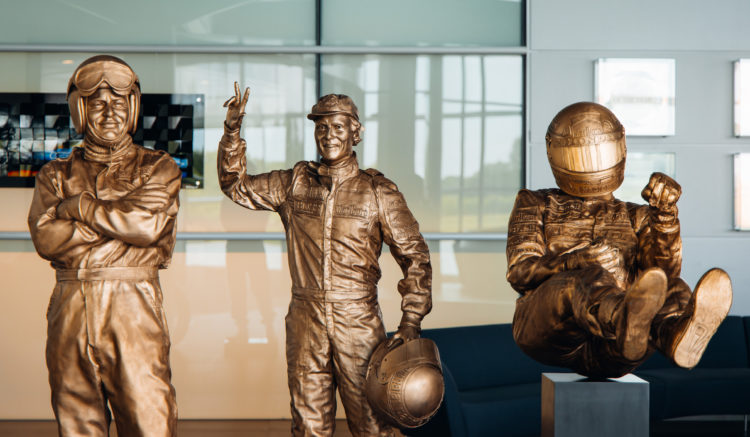 McLaren Racing has commemorated three-time Formula 1 world champion Niki Lauda by unveiling a new bronze sculpture of the Austrian at the McLaren Technology Centre on the third anniversary of his passing.

The statue is the third in a series by artist Paul Oz, which includes bronze sculptures of the team’s founder Bruce McLaren and three-time F1 world champion Ayrton Senna. This trio of sculptures was commissioned by McLaren’s long-time shareholder Mansour Ojjeh, before he passed away last year.

Honouring and remembering Niki’s time at McLaren, the sculpture is a snapshot of the moment when he secured his third title in 1984, where he celebrated with a three-fingered salute. The piece also features his famous Parmalat cap and helmet with gloves.

Niki began his Formula 1 career in 1972 and joined Ferrari in 1974, before winning his first two titles with the team in 1975 and 1977. Despite suffering a horrific incident in the 1976 German Grand Prix, he returned to Formula 1 the same year, rightly earning him the status of a hero.

After a two-year retirement between 1979 and 1981, Niki returned to the championship with McLaren, where he won his third and final title.