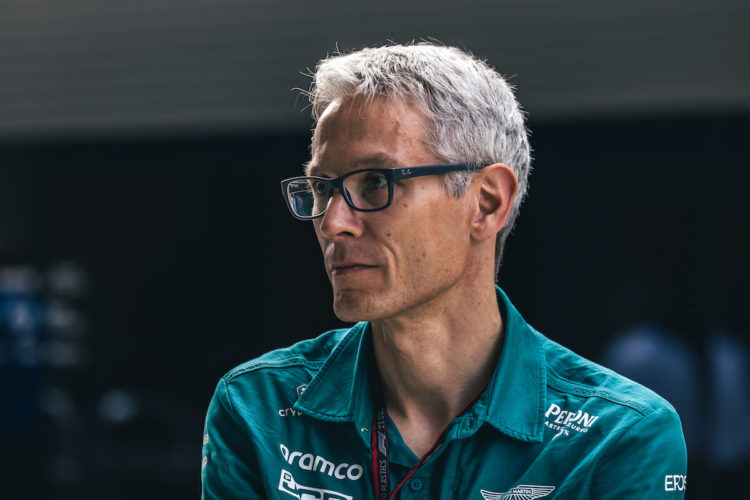 Rival outfits are understood to be unhappy with the new parts brought to Barcelona by Aston Martin, which bear a resemblance to those of Red Bull.

Formula 1’s technical regulations prohibit teams from ‘reverse engineering’ parts from other cars on the grid.

Lance Stroll stated on Friday that Aston Martin had the concept in development late last year, hinting that it was merely a coincidence that the car this weekend is similar to the concept Red Bull opened the season with.

The FIA launched an investigation into Aston Martin’s new parts, and found that they were produced without being in breach of the regulations.

“You will remember when we had the launch of the car, Andrew Green, our CTO, was already mentioning that we [were] building some flexibility in the car to be able to develop along the journey,” Krack told Sky F1.

“This is what we have done at the end of the day. From that point of view, it was just a normal development process.

“You will remember at one point we had all porpoising difficulties with the other spec car – we said at one point ‘we need to change, we need to make a little update here’. That’s what we did in the end.

Despite running various new parts in practice for the first time, Krack says the outing was no different to any other FP1 session.

“If you change it [the concept] like we have done, it’s also affecting the cooling system,” he said.

“With the temperatures we have today, we took it a little bit careful. We don’t have a very big spare stock at the moment.

“It was a normal session, a normal programme, we cycled through the tyres. We had an aerodynamic device in the first run for Sebastian to get a bit more data.

“But at the end of the day, it was just a normal session for us.”