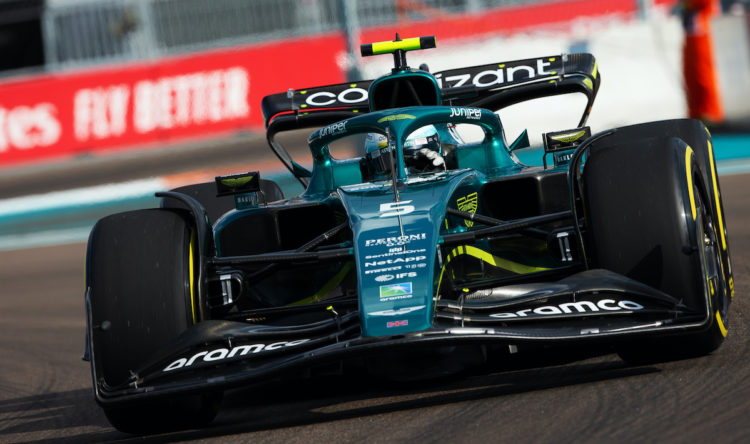 Aston Martin was the subject of an FIA investigation on Friday after it unveiled a radically upgraded 2022 Formula 1 car ahead of the Spanish Grand Prix.

The Silverstone-based team showed up in Barcelona with a raft of updates, with its AMR22 bearing a very similar resemblance to that of Red Bull’s RB18, which features unique sidepods amongst other innovations.

In a flashback to 2020 when Racing Point – now Aston Martin – were fined and docked points for copying Mercedes’ F1 car, the FIA launched an investigation into whether or not Aston Martin’s approach to its latest upgrades is legal.

“The FIA carried out a routine pre-event legality check of the planned aerodynamic upgrade of the Aston Martin team for the 2022 FIA Formula 1 Spanish Grand Prix. During this process, it became apparent that a number of features on the Aston Martin resembled those of another Competitor,” a statement from the govering body said.

“The FIA therefore launched an investigation to check compliance with Article 17.3 of the Technical Regulations, and in particular the topic of “Reverse Engineering” and potential illicit IP transfer.

“Both teams collaborated fully with the FIA in this investigation and provided all the relevant information. The investigation, which involved CAD checks and a detailed analysis of the development process adopted by Aston Martin, confirmed that no wrongdoing had been committed, and therefore the FIA considers that the Aston Martin aerodynamic upgrades are compliant.

“Article 17.3 specifically defines and prohibits “Reverse Engineering”, i.e. the digital process of converting photographs (or other data) to CAD models, and prohibits IP transfer between teams, but equally, this Article permits car designs getting influenced by those of competitors, as has always been the case in Formula 1. In the analysis we carried out we confirmed that the processes followed by Aston Martin were consistent with this Article’s requirements.”