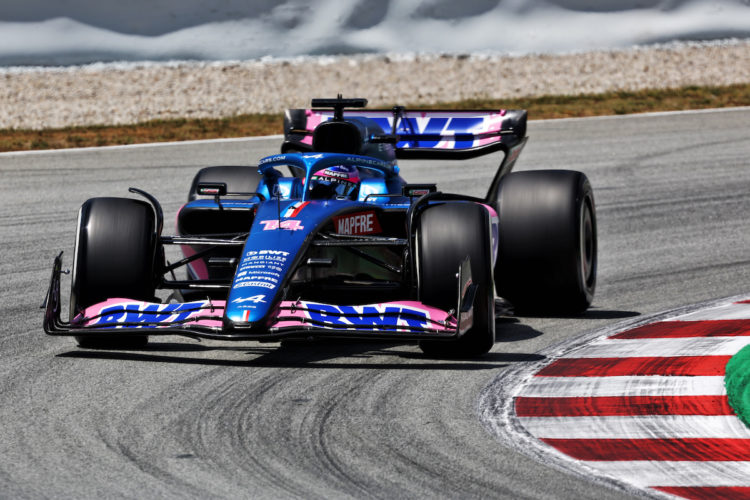 Fernando Alonso has been handed a driving reprimand for impeding Lewis Hamilton during the opening practice session in Barcelona on Friday.

Hamilton was rounding Turn 12 while setting a lap time, however ahead of him, the Alpine of Alonso disrupted his path.

The two-time World Champion was called to the Stewards after the session, where it was determined that a reprimand was necessary.

“The Stewards reviewed video evidence and determined that the driver of car 14 was driving slowly on the racing line between turn 12 and turn 13 and unnecessarily impeded car 44, requiring car 44 to take avoiding action,” read a statement.

“Consistent with the drivers’ request for the Stewards to enforce impeding during P1 and P2 this season, the Stewards issue a reprimand (driving).”

Any driver that collects five reprimands during a season will receive a 10-place grid penalty for the start of the next applicable race.

However, the punishment will only be issued if four of the reprimands are for driving infringements.

The reprimand on Friday marks Alonso’s first of the 2022 campaign.

Red Bull’s Juri Vips, who stood in for Sergio Perez during the opening free practice session, also received a reprimand for impeding the second Mercedes of George Russell.