Insight: The candidates for FP1 outings in 2022 F1 season 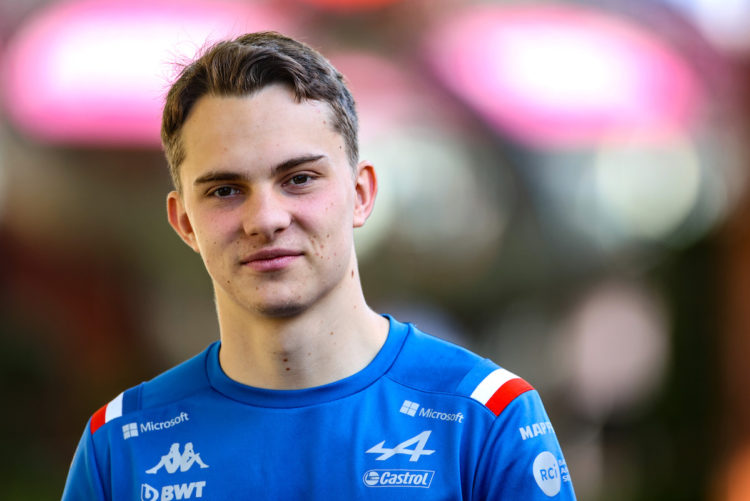 Mercedes-backed Nyck de Vries will become the first non-full-time driver to receive a free practice outing when he steps into Williams’ FW44 in Spain.

Formula 1’s regulations were altered for 2022 to state that each team must run a young driver, classified as someone with two or fewer grands prix under their belt, during two free practice sessions.

It has come as trade-off following the absence of official in-season testing since the pandemic, when teams had to run youngsters for half of the available days..

Teams have been reluctant to field the rookies early in the year as they continue to gather data on the new-for-2022 F1 cars.

With a number of other outings set to take place across the grid between now and the end of the season, who else could receive a drive in the one-hour session?

It’s likely that de Vries will be in an F1 car multiple times this year, as he is a reserve driver for the Mercedes team, alongside 42-time F1 grand prix starter Stoffel Vandoorne. The Belgian, obviously, does not qualify for the FP1 role.

Mercedes also has an option to place Frederick Vesti in the car. Vesti, who currently competes in the FIA Formula 2 Championship, has been part of the Mercedes junior programme since 2021.

Vips has tested with Red Bull on multiple occasions, having been part of its junior academy for several years. Earlier this season, AlphaTauri team boss Franz Tost confirmed that Vips would drive for Red Bull in the practice sessions this year.

Robert Shwartzman departed the F2 Championship at the end of 2021, but remains a part of the Ferrari family, stepping up as its test driver for 2022. Now competing under an Israeli licence following the sanctions imposed on Russia, the 22-year-old is the most likely option for the Maranello-based squad.

McLaren has several options available to it this year, the most intriguing of which is Colton Herta. The IndyCar star is set to test with McLaren at some point this year, after spending the Miami Grand Prix weekend embedded into the team. Whether or not he gets to take part in an official F1 session remains to be seen.

Elsewhere, McLaren could look at de Vries, who is also listed as a reserve for the team. Oscar Piastri is also available, after McLaren and Alpine struck an agreement to use Piastri during a race weekend if one of its full-time drivers is unavailable.

Should he not get outings with McLaren, Piastri is almost guaranteed to make an appearance for Alpine. The reigning F2 Champion is watching the sport from the sidelines this year, but is taking part in an extensive testing programme with Alpine, having joined as a junior driver in 2020. He has already tested Alpine’s 2021-spec A521 at COTA and Losail.

AlphaTauri boss Tost has confirmed that Lawson will drive the FP1 sessions for the team this year. The New Zealand driver is racing in F2 this season, taking a race win in Jeddah earlier in the campaign.

There is no clear option for Aston Martin, however test driver Nick Yelloly has been associated with the Silverstone-based squad for several years. He tested for the team at the post-season session in Abu Dhabi last year, and currently races in the IMSA Sportscar Championship.

Technically, Zhou Guanyu ticked the box for Alfa Romeo as he had not started two grands prix when he participated in practice in Bahrain and Saudi Arabia. But Alfa Romeo Team Principal Frederic Vasseur confirmed last year that Pourchaire would receive FP1 outings with the squad in 2022. Currently leading the F2 standings, Pourchaire has been tipped for a future drive in F1.

De Vries will take part in the FP1 session with Williams this weekend. Williams also has Formula 2 racers Roy Nissany, who has previously taken part in an FP1 session, and Logan Sargeant on its books.

Pietro Fittipaldi is still eligible to drive in the free practice sessions, despite competing in two races for Haas at the end of the 2020 season. Regulations state that a rookie is a driver who “may not have participated in more than two F1 World Championship Races during their career”.

The Brazilian is still the team’s reserve driver, however due to Haas’ close association with Ferrari, Shwartzman could make an appearance for the team this year. Shwartzman participated in the young driver test for Haas in 2021.