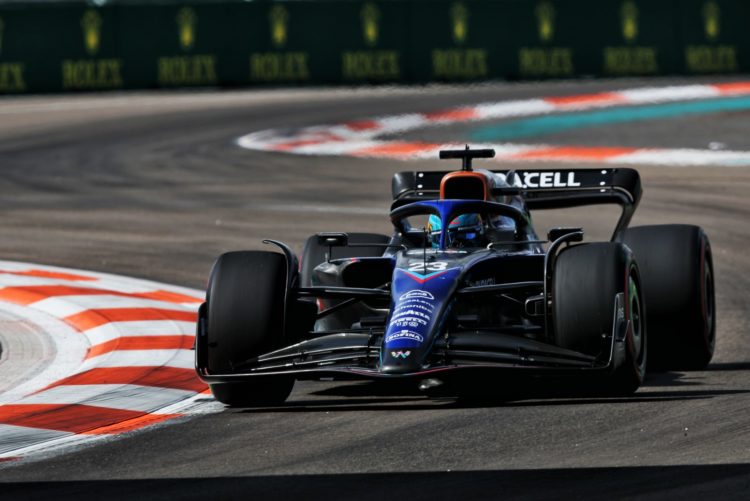 Williams says it needs to work on improving its qualifying pace at upcoming grands prix following a handful of encouraging race displays.

Alexander Albon rounded out the top 10 in Australia, having run an unconventional strategy, and followed it up with 11th in Emilia Romagna before improving to a season-best ninth in Miami.

Albon achieved the results despite starting from near the back of the grid on each occasion.

Williams has only once made it out of Q1 in 2022, achieved courtesy of Albon in Bahrain, where he qualified in 14th place.

“The drivers and engineers know the quirks and subtleties of this track very well and, whilst the car balance and tyre behaviour will be different to February, we have a good idea of what to expect and the areas that we will need to work on,” explained Williams’ Head of Vehicle Performance Dave Robson of the upcoming Spanish Grand Prix.

“The car has changed quite a lot since February and the much hotter track conditions will present very different problems.

“We showed some encouraging race pace at the last few events and our efforts are now focused on bringing the same level of performance to qualifying.

“If we can do this successfully then we will be in a much stronger position going forwards.”

Albon says he and Williams must target another top 10 result after grabbing two in the last three races.

“I’m interested to see how much the car has improved since we were last there for pre-season testing,” said Albon.

“It’s a good track, and one that every driver has done countless laps around, more so than any other circuit.

“We’re hungry for more points after Miami, so that’s what we’ll continue to push for.”