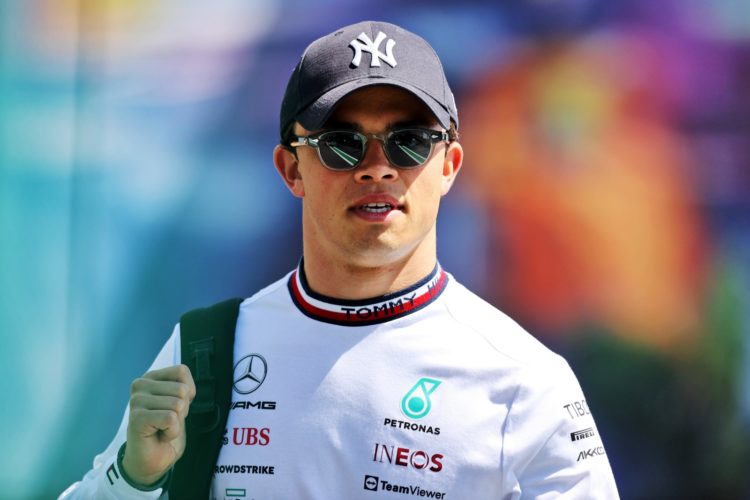 Each Formula 1 team must run a driver without race experience during two practice sessions in 2022 and Williams has drafted in Mercedes-supported de Vries.

De Vries, 27, claimed the 2020/21 Formula E title and added another win to his tally in Sunday’s Berlin E-Prix.

Formerly a long-time member of McLaren’s junior academy, he has been affiliated with Mercedes in recent years, and won the 2019 Formula 2 title.

He was linked to a Williams drive for 2022 before the squad opted to sign former Red Bull and Toro Rosso racer Alexander Albon.

De Vries previously represented Mercedes at end of season tests in 2020 and 2021.

He will replace Albon for the opening 60-minute session in Spain on Friday.

“Firstly, I’d really like to thank Williams for the opportunity to run in FP1,” said de Vries.

“It’s great for me to get to know the team and drive the FW44, and also to get myself out on track during a Formula 1 weekend.

“Preparation for the test is going well so far and the team have been incredibly supportive of me. I’m very much looking forward to the whole experience in Spain now.”