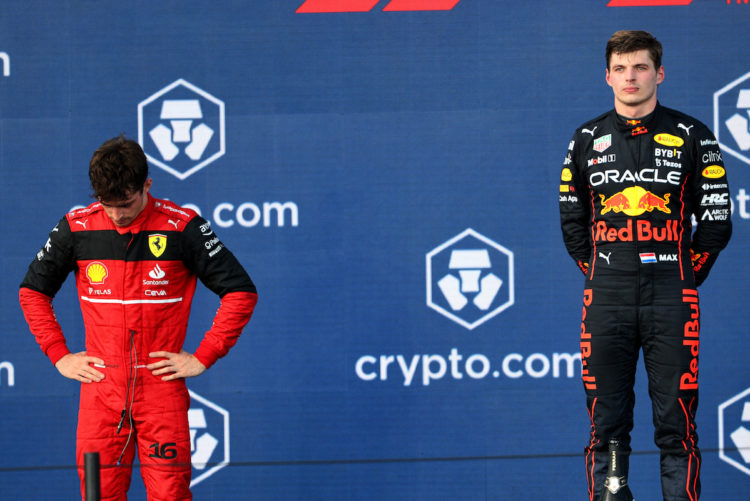 Red Bull team boss Christian Horner admits he expects the title fight between Max Verstappen and Charles Leclerc to “boil over” at some point this year.

In the early stages of the 2022 campaign, Verstappen and Leclerc appear to be favourites for the Drivers’ Championship, as they are the only drivers to take victory across the opening five races.

Leclerc has prevailed on two occasions and leads the standings, while Verstappen has won three times but has been forced to deal with reliability concerns.

Last year, Red Bull was involved in an intense title fight with Mercedes, as Verstappen beat Lewis Hamilton at the season finale in Abu Dhabi.

While the title battle so far in 2022 has lacked any political spats compared to 2021, Horner thinks that the fight between Verstappen and Leclerc will only increase in tension as the season progresses.

“And I think the racing has been great between Charles and Max. And, you know, the first four races have been epic.

“If that continues through the season, inevitably, it’s going to boil over at some point as it gets more competitive and the stakes get higher in the second half of the year.

“But certainly, what we’ve seen so far has been, you know, very respectful racing, hard racing, but fair racing.”

Horner asserted that despite its slow start to the 2022 campaign, Mercedes can’t be written out of contention.

“But you’re writing Toto off, we’re only four aces in and his car was quickest [during Friday practice in Miami], so there’s plenty of time for him to get himself back in the show.

“I think we’re very much focused on ourselves. All nine teams are our competitors.

“And as I said, I think you’re going to see your Mercedes joining that party fairly soon.”