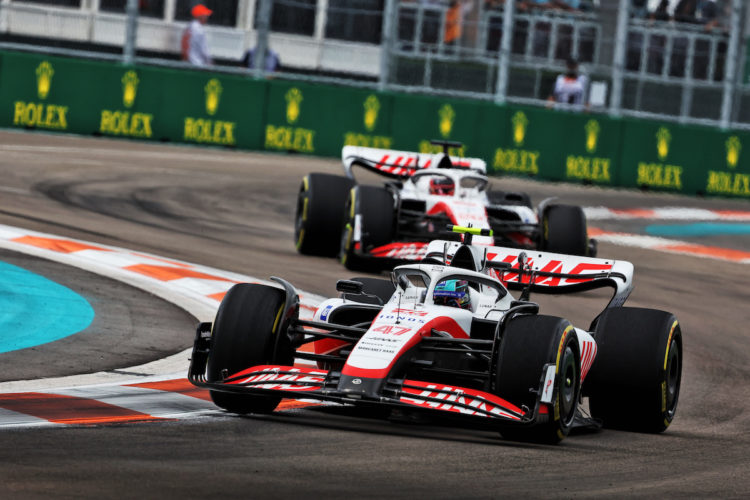 The Haas Formula 1 team says that it may be until July before it opts to bring updates to its 2022 challenger, the VF-22.

This year, all teams are competing under a $140 million budget cap, meaning development costs have to be more tightly managed compared to previous seasons.

Haas has not introduced major upgrades across the opening portion of the 2022 season, with Team Principal Guenther Steiner recently asserting that it would prefer its upgrades to provide a notable step forward in pace.

In seasons gone by, Barcelona has traditionally been a venue where teams bring their first major upgrades of the year.

However, Haas will not arrive in Spain this weekend with new parts, as Steiner says the team is holding off for several more events before producing and attaching upgrades.

“Normally Spain is the obvious place to bring upgrades and I think quite a few teams are planning them,” Steiner said.

“I don’t know how much difference they will make on each car and what they will bring.

“We have decided to wait a little bit longer with upgrades as I still think we have performance in the car without them which we have to get on the track, so sometimes we achieve it, sometimes we don’t.

“We have a good upgrades package in about four or five races coming, so I’m confident about that and what the other ones are bringing, as of right now I don’t know, but I will know a lot more next Monday.”

Haas failed to score points last time out at the Miami Grand Prix, having reached the top 10 at three of the opening four races with Kevin Magnussen.

While admitting that the result in the US was disappointing, Steiner has backed his team to bounce back stronger this weekend in Barcelona.

“It was quite disappointing in both qualifying and the race, but we need to keep positive,” he said.

“The positives are the car is good, we just need to get it on the right set-up, getting the tyres to work properly and the car is right there.

“As you could see during the race in Miami, we made up positions until the Safety Car came out and then we fell back.

“That’s what you have to focus on – staying confident that we have a good machine and that we will make the points that we want to make.”