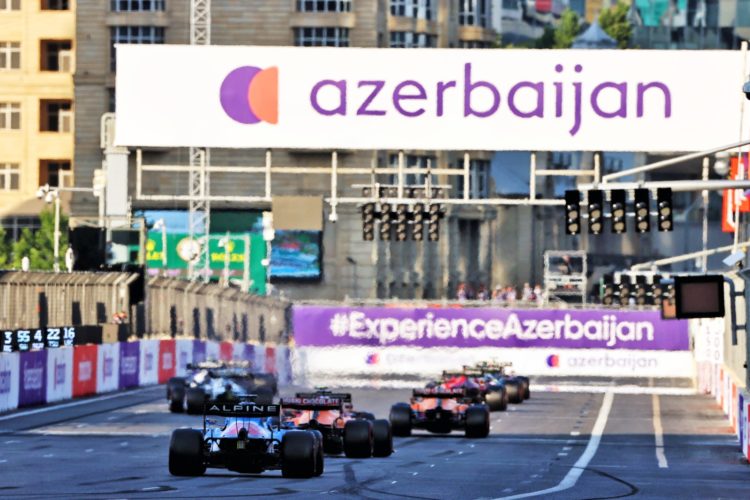 Organisers of the Azerbaijan Grand Prix say they want Formula 1’s Sprint format to feature at its grand prix next year.

Formula 1 introduced Sprint in 2021, at Silverstone, Monza and Interlagos, as part of the biggest shake-up to the weekend format in decades.

For 2022 Sprint was retained for three grands prix, with Imola holding the first event last month, while Red Bull Ring and Interlagos will host the remaining two.

Formula 1 and its teams have agreed to expand Sprint to six grands prix in 2023 though this still needs approval from the FIA, which is understood to be pushing for greater financial incentives before signing off on the plan.

Speaking on Monday, Baku City Circuit Executive Director Arif Rahimov said: “I’d be glad to have the Sprint race here in Baku next year, I hope we’re one of the six races that will get it.

“It’s on my agenda [to discuss with Formula 1] at this year’s race – we’ll try and propose we have one of those sprint races.

“I really like the idea. I think it’s good to just mix things around a bit. Things get boring, people get used to the same format and they lose their interest, so when these sorts of changes come in I think it’s good for the sport.”

Azerbaijan joined Formula 1’s calendar in 2016 and currently has a contract through 2024.

The 6km Baku City Circuit has remained unchanged for this year’s event – scheduled for 10-12 June – but Rahimov confirmed that “we’re slightly changing the pit lane entrance.

“The FIA has requested to slightly modify the pit lane entrance so it’s a little bit safer.”