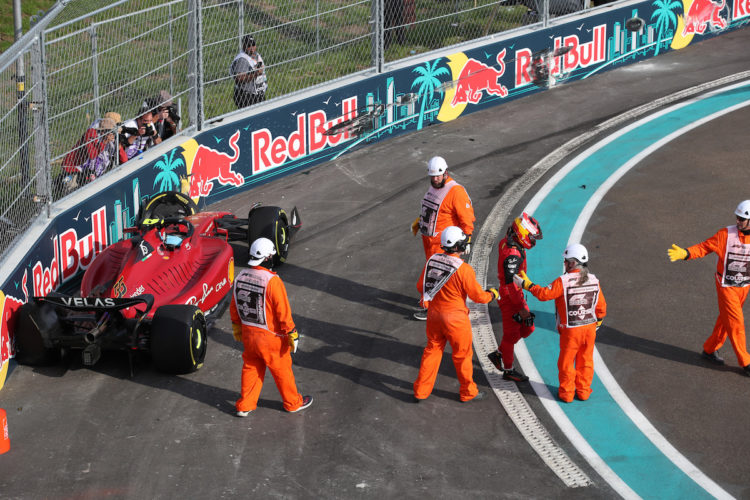 This year, all Formula 1 teams are operating under a $140 million budget cap in an effort to save costs and slash the spending variance between certain outfits.

It means that teams have to take further care when developing upgrades, which makes up just part of a squad’s expense during the year.

However, Marko doesn’t think that Red Bull has spent significantly more of its budget than Ferrari across the opening portion of the season.

“I don’t think so,” Marko told Motorsport-Total.com. “It’s true that the increased logistics costs are a problem. But it’s not just us, it’s Ferrari and all the other teams.

“We plan our updates in such a way that we always lose weight with each update, because unfortunately we still haven’t reached the minimum weight.

“And we won’t quite reach it with the next update either.”

Sainz has endured a difficult start to the campaign in his second year for Ferrari, having been involved in several incidents – including a crash during free practice last time out in Miami.

After his latest incident, Marko has pondered if it will hamper Ferrari’s ability to spend money on developing its 2022 car.

“I don’t think we are in a significantly different position to Ferrari in this respect,” Marko said.

“Especially as I wonder what effect it has on them that Carlos Sainz has already crashed the car several times. It can’t be cheap.”