Horner expects 2022 title fight to go down to Abu Dhabi 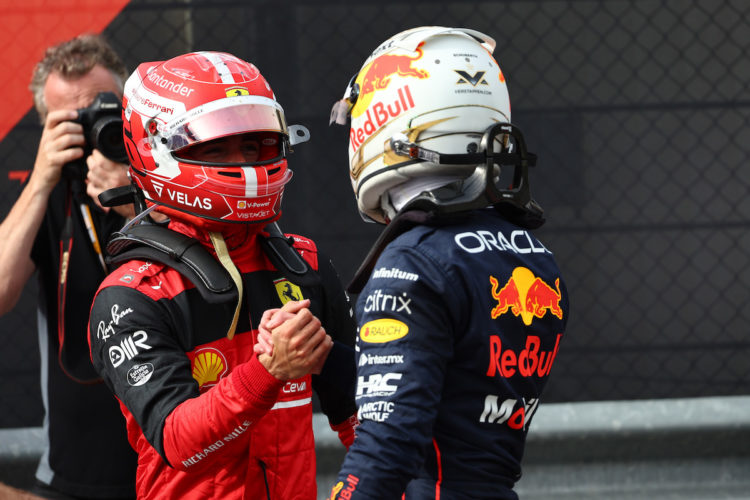 Red Bull Team Principal Christian Horner says he expects the 2022 Formula 1 title battle to go all the way to the final round of the season.

Ferrari’s Charles Leclerc currently leads the Drivers’ Championship and the Italian squad also holds the advantage in the Teams’ standings.

Red Bull has taken three wins this year courtesy of Max Verstappen, including at the last two races, while Ferrari has taken two wins with Leclerc.

Horner believes that another closely contested title fight that goes all the way to the final race could formalise this year.

“There’s a long, long way to go, and I think it’s so tight with Ferrari, there’s been some great racing,” Horner said.

“There’s a great respect between Charles and Max. They’re enjoying racing each other, you can see that.

“I think that I was rather hoping we weren’t set for another competitive year like last year, but it looks like this one could go all the way as well.”

With Red Bull taking back to back wins at Imola and Miami, Horner believes that matters will be tougher in Barcelona next week, as he expects the track layout to suit Ferrari’s car.

“It’s been nip and tuck, Barcelona is a whole new challenge, high-speed corners, we know Ferrari are strong in that area,” he said.

“So it’s horses for courses and this circuit [in Miami] suited us, we were able to make it work and thankfully get a result.”