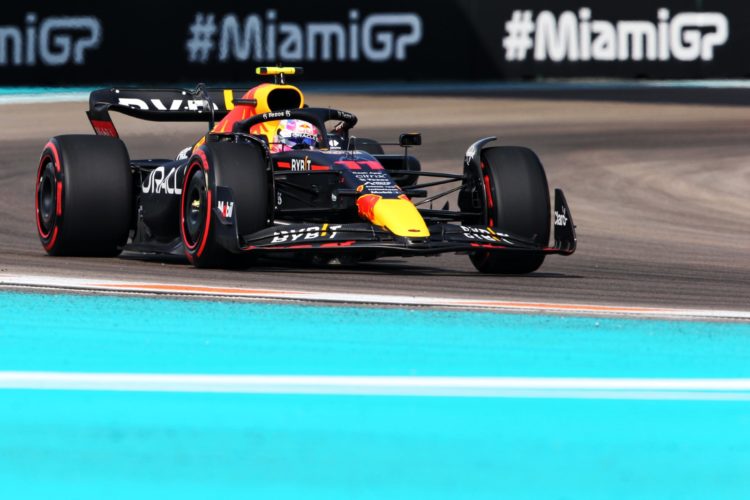 Red Bull says it came very close to retiring Sergio Perez due to a sensor issue that slowed his progress at Formula 1’s Miami Grand Prix.

Perez lost five seconds in the space of a single lap and lost a further two seconds next time around before Red Bull was able to remedy the issue.

While Perez was able to continue he outlined that the car “was never the same” and “was like 10km/h down on the straights.”

That hindered his pursuit of Carlos Sainz’s Ferrari and he wound up fourth.

“It was very close,” said Red Bull team boss Christian Horner. “We managed to move the sensors around and address the issue.

“It’s something we’ll work closely with HRC on to try and understand and ensure that it doesn’t happen in the future.”

Horner denied suggestions that Red Bull’s RB18 is “fragile” off the back of a spate of issues that the team has suffered through the early stages of 2022.

Max Verstappen was unable to finish due to issues in Bahrain and Australia – with Perez also forced out of the season-opening race – while the reigning champion’s Friday was disrupted by a protracted gearbox change and a hydraulics problem.

“There’s just been niggly things that you normally would’ve seen in pre-season testing that have only reared their head as we’ve gone into the season,” said Horner.

“That’s been frustrating, but we’re working closely with HRC and they’re giving us great support. We’ll get those ironed out.”