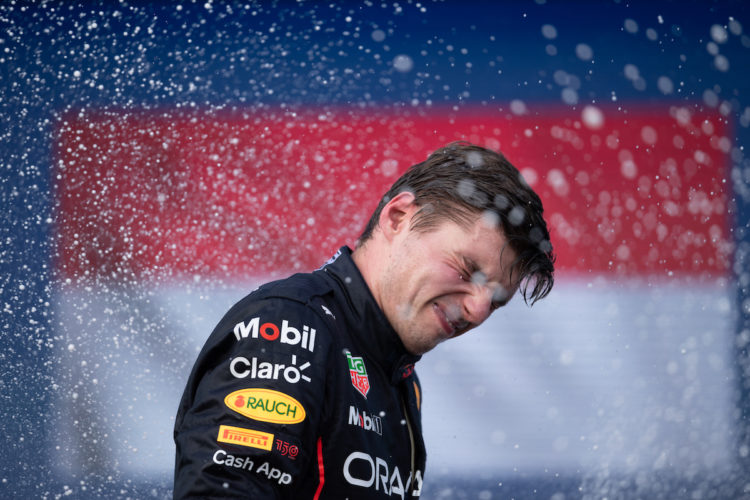 With his victory at the 2022 Miami Grand Prix on Sunday, Max Verstappen elevated himself into the top 10 list of most podiums scored in Formula 1.

The Dutchman fended off Ferrari’s Charles Leclerc in the closing stages of the race to secure victory, his third of the season.

However, the podium was the 63rd that he has achieved since entering the sport in 2015, pushing himself into the top 10 all-time list.

Following his win in Imola last time out, Verstappen was tied with David Coulthard, but his latest result has taken him past the former McLaren driver.

Verstappen also has a chance to end the 2022 campaign eighth on the list, jumping ahead of Valtteri Bottas and Rubens Barichello.

Although it is less likely, it is mathematically possible that he could end the year seventh, in front of three-time World Champion Ayrton Senna.

Verstappen is also not far away from moving into the top 10 list of F1 victories, following his 23rd career victory on Sunday.

The 24-year-old is currently in 14th, tied with Nelson Piquet and Nico Rosberg, and ahead of them, lies Juan Manuel Fangio in 11th.

10th and 9th on the list are Niki Lauda and Jim Clark respectively, who picked up 25 race wins throughout their careers.