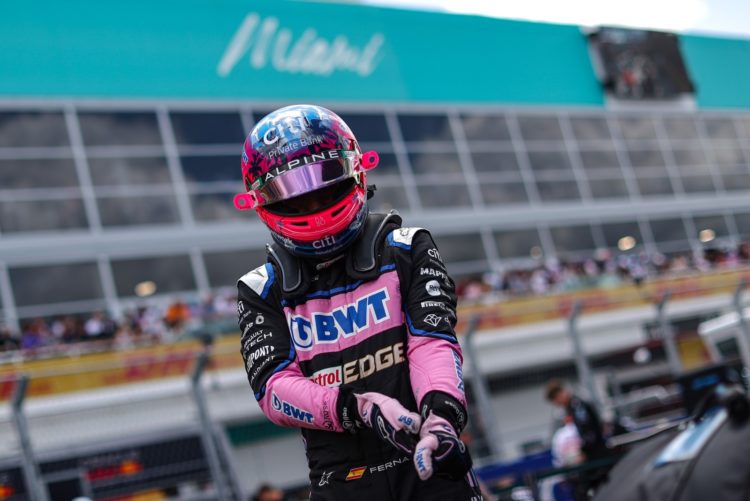 Fernando Alonso has been relegated outside of the top 10 at Formula 1’s Miami Grand Prix after he received a time penalty post-race.

Alonso had already received a five-second time penalty for colliding with AlphaTauri’s Pierre Gasly at Turn 1 but he was judged to have gone wide at Turn 14 in the closing stages.

Stewards deemed that Alonso gained an unfair advantage from doing so and issued a five-second time drop.

That means Alonso moved from ninth to 11th in the final classification.

Alonso’s penalty consequently promotes Alexander Albon into ninth for his best result of the season, with Lance Stroll rounding out the top 10.