Why ‘really tough’ Miami strategy will have F1 teams thinking 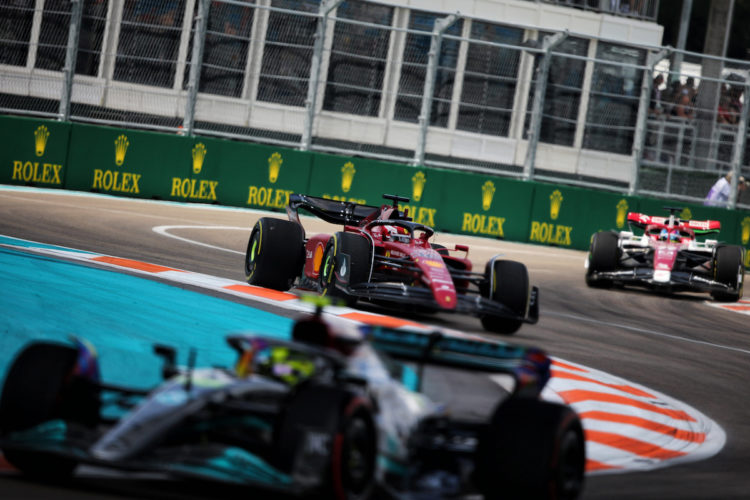 Teams will be vying to out-duel one another and take glory on the big stage, which has received worldwide limelight in the build-up to and throughout the race weekend.

As ever, race strategy will play an important role in the outcome of the race, and with the sport’s Q2 tyre rule now abandoned, drivers will have free choice to start the grand prix on whatever compound they like.

It is probable that most of the field will begin the race on the Medium tyre as the safest option, however there will likely be a few that opt for the Hard compound – watch for the likes of Esteban Ocon and the Haas drivers making that decision in a bid to move into the points by the chequered flag.

While the track has two long straights to produce overtaking, it is unlikely that moves will be set up anywhere else.

Throughout the weekend, the drivers have been struggling for grip off the racing line. Sergio Perez branded the surface as a “joke”, while Red Bull team-mate Max Verstappen says it feels like driving on gravel.

In there lies the danger of ‘DRS trains’ forming, akin to what was seen in Imola, where there was a dry line for slick tyres while the rest of the surface was untouchable due to its saturated nature.

That may allow an overcut strategy to work for some midfield runners, particularly George Russell, whose Mercedes car has shown potential this weekend.

However, teams will be very wary of a potential Safety Car, with every practice session this weekend interrupted by a red flag following a crash for a driver. This may allow some drivers to prolong their stints, while the timing of the intervention could see others peel into the pits to change tyres.

Nevertheless, with the track surface continuing to evolve, Pirelli is not expecting the race to be a conventional one-stop, labelling that particular strategy as “marginal”.

Instead, it sees the best option as starting on the Medium C3 compound before making the switch to the Hard C2 tyre. Then, later in the grand prix, drivers could return to the Medium compound, or the C4 Soft option, depending on how many laps are remaining.

The Italian marque is aligned with the F1 teams this weekend in that it knows calling a strategy is difficult. It says that this is due to there being “no previous race data, every practice session so far has been interrupted by red flags, and the weather ranges between extremely hot and very humid, on a track surface that is still evolving”.

Teams will have to be reactive to the live data they are receiving throughout the race in order to gain an advantage over their rivals. Temperatures are once again expected to be high, putting extra strain on the Pirelli tyres.

And if on-track battles are difficult to come by due to the tricky track surface, the race may well be decided by the rapid hands of the pit crews during tyre swaps.