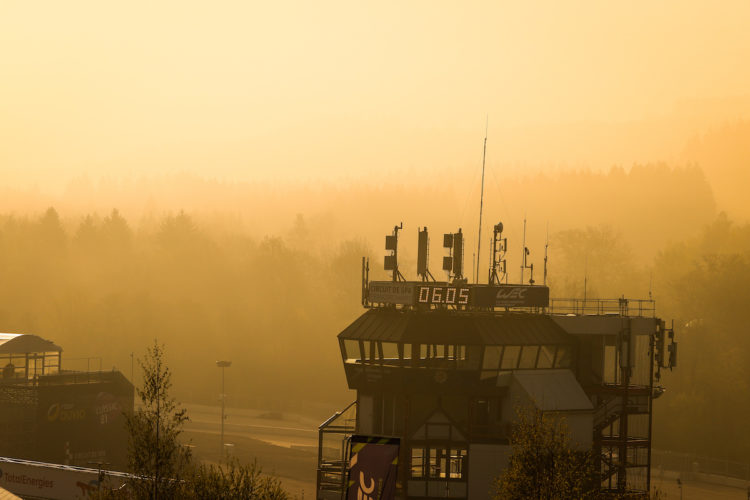 The #31 WRT Oreca 07-Gibson, with Robin Frijns at the wheel, leads the World Endurance Championship 6 Hours of Spa-Francorchamps at the 2 hour mark, with intense rain on portions of the track meaning the race has been red flagged for the second time.

The race was previously red flagged for an accident for Miroslav Kinopka in the #44 ARC Bratislava Oreca 07 at Piffpaff. The race resumed under the safety car, with the intention to go green, but the safety car stayed out as the #8 Toyota, which was leading the race, had electrical issues, requiring Sebastien Buemi to climb out track side while not touching both the car and the ground, lest he be electrically shocked.

In second is the #36 Alpine A480, driven by Andre Negrao since the start. The car pitted under the recent safety car to put wets on, along with the third-placed #7 Toyota, with Mike Conway driving. It is believed the leading #31 WRT has wets on already, having changed them previously under red flag, which was allowed by race officials.

Second in LMP2 is Robert Kubica’s #9 Prema Oreca 07-Gibson, while third in class, sixth overall, is #22 United Autosports Oreca 07-Gibson with Felipe Albuquerque behind the wheel.

Overall pole sitter #708 Glickenhaus 007 LMH is fifth, and third in LMH, with Pipo Derani having taken over from starting driver Olivier Pla.

Over in GTE-Pro, the Miguel Molina in the #52 Ferrari leads, with Michael Christiansen in the #92 Porsche second. Third is the sister #51 Ferrari, driven by Alessandro Pier Guidi. Pole sitter Gianmaria Bruni in the #91 Porsche was clipped by teammate Kevin Estre at the start, giving Bruni a rear left puncture, putting the car a lap down almost instantly.

Finally, in GTE-Am, the #21 AF Corse Ferrari leads, with Christoph Ulriche at the wheel. Second is Paul Dalla Lana in the #98 Northwest Aston Martin, while Matteo Cairoli makes it three manufacturers in the top three in class in the #46 Team Project 1 Porsche.

The race is scheduled to resume under the safety car imminently, but rain is still coming down, albeit less intensely.