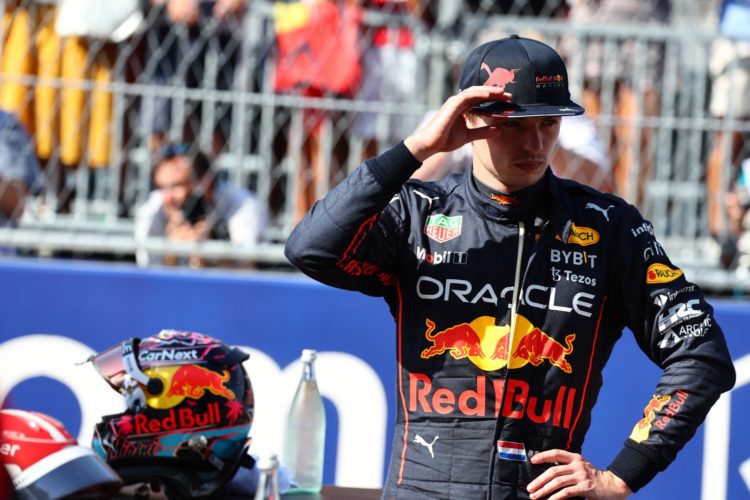 A protracted gearbox change on Friday afternoon delayed Verstappen’s entry into the second practice session, in which he completed just one lap due to a hydraulics issue.

It left Verstappen playing catch-up in Miami and while he led the way after the first Q3 runs an error on his second push lap left him unable to deny Ferrari a front-row lockout.

“It’s been an incredibly messy weekend and we just make it super difficult for ourselves,” he said.

“[Only did] four or five laps yesterday, then you start today still learning the track, trying to find the right set-up as there wasn’t much data.

“I’m of course still pleased to be third, close to the guys in front, but I think we can do so much better by operating cleaner and smoother.

“You cannot afford it [setbacks] on a new track like this, or a street track, as it is critical to do laps and get in a rhythm; in a normal track it is fine but here it is more difficult. We failed on that side.

“Of course I think in general we are experienced enough to catch up a lot but to fight against a strong team like that you cannot afford it. We could have done a much better job today if we had a better Friday.”

Verstappen will nonetheless start from third on the grid and is optimistic that Sunday’s race will present opportunities to make progress.

“I think overall the car is competitive, we have good straight-line speed again,” he said.

“It’s a new track so we don’t have a lot of information, will be super warm tomorrow so we don’t know what will happen with tyres, so there’s still a lot of question marks but of course I’d prefer to start a bit ahead.”