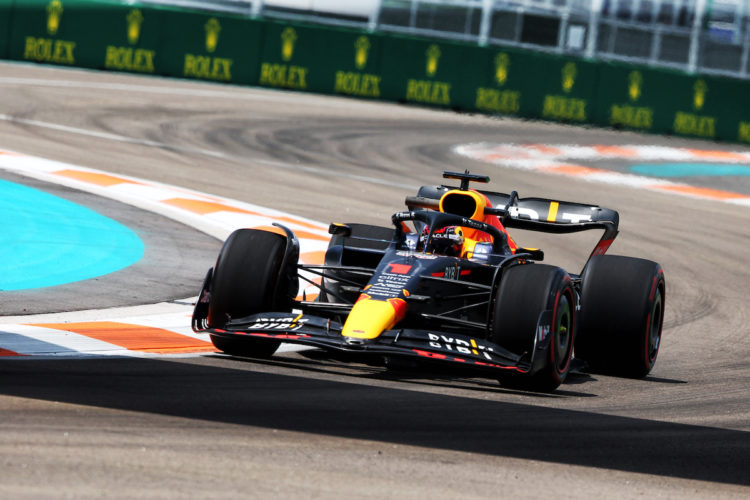 Max Verstappen says the problems that he and Red Bull endured during Friday practice in Miami were “extremely painful”.

The Dutchman had limited time behind the wheel of the car during the day, with extensive work being carried out on his car during FP1 after he complained of overheating.

The problem meant that Verstappen had to sit out the start of FP2, however when he eventually pulled out onto the track, he endured more difficulties with hydraulic issues and overheating brakes, which forced him to limp back to the pit garage.

The extent of the issues meant that he was unable to set a lap time during the late afternoon session, missing out on valuable track time at the all-new circuit in Miami.

“Just not a good day, and of course these days extremely painful, especially on a track like this where you want to be out there and learn the track and get up to speed,” Verstappen said.

“So I basically did four or five laps today – fast laps – so that’s not what you want.

“Some hydraulic issues, so as soon as I went out of the pits I couldn’t really steer, like I was locked, and yes also the brakes were on fire. So a lot of problems.

“Of course I’ll try to catch up, but it’s just not ideal. Everyone is of course a bit more into the running.

“But not only that – we have no information on my car with what we have to do, so yes, it’s extremely painful.”

Red Bull also opted to change Verstappen’s gearbox as a precaution after the Dutchman lightly brushed the wall during FP1.

Although he couldn’t display his pace in FP2, the opening practice session saw Verstappen finish in third, almost two-tenths down on session-leader Charles Leclerc.