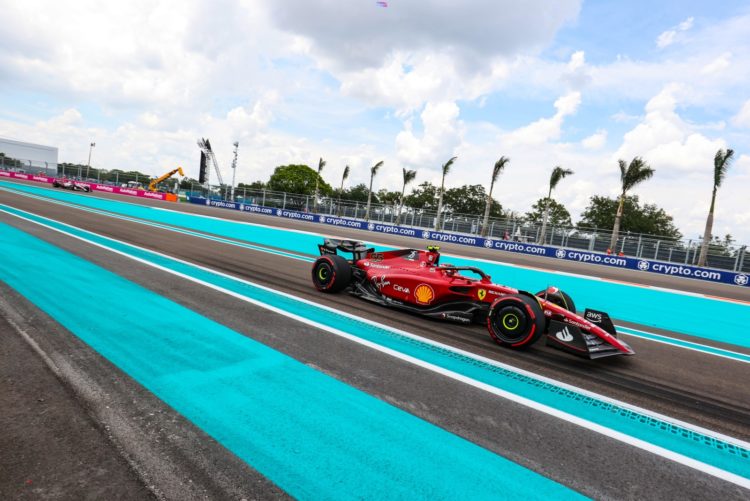 Carlos Sainz has insisted that he is making progress with Ferrari’s F1-75 but cautioned that he cannot expect an immediate breakthrough.

Sainz has been out-qualified at every grand prix so far this year by Ferrari team-mate Charles Leclerc, and trails the Monegasque by 48 points in the standings.

Sainz was in the mix for pole position on Saturday at the Miami Grand Prix but wound up almost two-tenths behind Leclerc in the final reckoning.

“I think I’m making progress, the fact I was out there today doing some purple sectors is a good sign and means in some corners I’m starting to understand the car and driving it the way it should be driven,” he said.

“Also we’ve done some changes in the set-up lately that I think it is going in the way I want and need it to be.

“I did a pretty big mistake in the last corner but I think it’s progress, I’m still not there, it won’t be a matter of one more race, I think it’s going to be very progressive through the season.

“But even though today I carried the weight a bit of yesterday’s crash I managed to push the car to its limit in some corners and put together a decent quali so I’m not going to complain.”

Sainz added that “tomorrow you never know what can happen, especially here, as it’s a track that is very unpredictable.

“It’s very slippery, very easy to do mistakes, so it’s a good day to go for it for sure.”