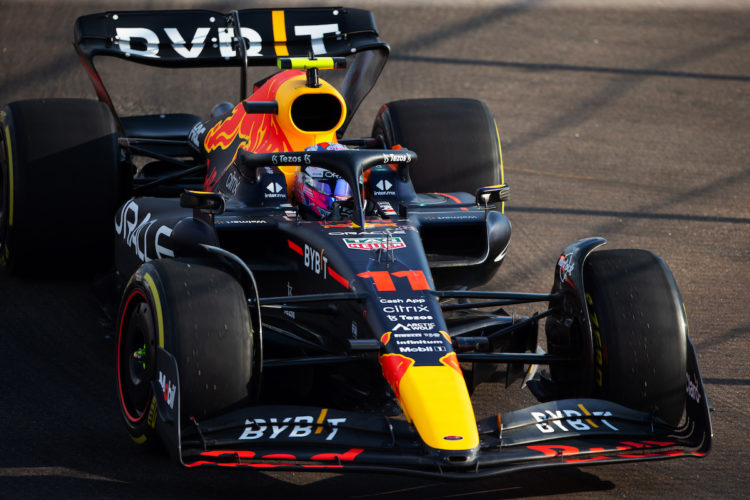 Sergio Perez has ended the final practice session from Miami as the fastest driver, setting a 1:30.304 for Red Bull.

The lap time came in the final minutes of the session as the teams carried out their qualifying simulation runs while the track temperature continued to fall.

Just under two-tenths of a second behind the Mexican was Charles Leclerc for Ferrari, whose final effort before the chequered flag elevated him into second place.

Max Verstappen rounded out the top three, but almost crashed his car at the Turn 14/15 complex after hitting the inside kerb too aggressively in the dying stages of the session.

The Dutchman was forced to brake heavily as he started to spin, before coming to a stop just short of the barrier.

It was nevertheless an encouraging outing for the reigning World Champion, who completed few laps on Friday due to various problems.

Fernando Alonso was fourth for Alpine, while Sebastian Vettel was an encouraging fifth for Aston Martin, ahead of compatriot Mick Schumacher in sixth.

Carlos Sainz, who ended Friday with a crash, was seventh, leading the second Haas car of Kevin Magnussen.

Alexander Albon was ninth, while Lando Norris rounded out the top 10 for McLaren.

Mercedes’ strong pace from FP2 didn’t come to fruition in the final practice session, with Lewis Hamilton and George Russell ending the session in 15th and 17th respectively.

While Alonso produced a strong time for Alpine in fourth, team-mate Esteban Ocon had limited running after he crashed his car.

The Frenchman lost the rear of the A522 as he rounded Turn 13 and suffered hefty damage after hitting the concrete wall.

Qualifying in Miami will get underway at 16:00 local time.